How To Make iOS 7 Automatically Turn Off Wi-Fi, Bluetooth, Dim Brightness When Battery Is Low

Battery saving and power monitoring tweaks have historically proven to be extremely popular with Cydia users, which is why the newly released BatterySafe extension is likely to grab itself a plethora of downloads.

BatterySafe is a relatively simple package for jailbroken devices that exists to permanently monitor the current levels of the internal battery. Apple already offers user-facing warnings when the battery hits the 20%, 10% and 5% remaining mark, but the warning really only serves as a visual indication that the phone is about to die and doesn’t really offer any assistance. BatterySafe tries to take that level of warning a couple of steps further by putting a little bit of power into the users’ hands by allowing them to perform specific actions based on the low-level battery warnings. 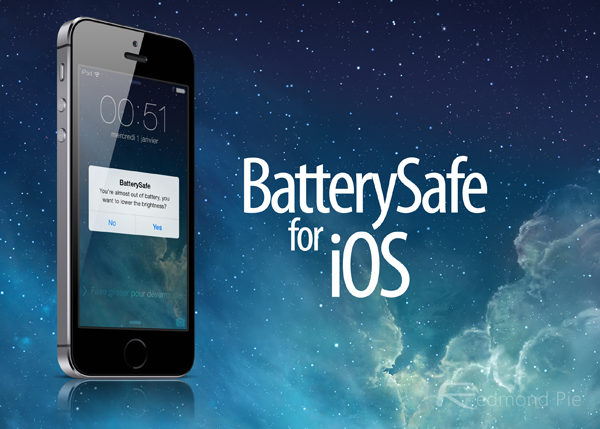 The most intelligent and logical course of action to take when the battery is nearly depleted on the device is to switch off certain power hungry services. The built-in options of the package allow Wi-Fi and Bluetooth to be switched off when the power reaches a critical level. We aren’t too sure how much difference switching Bluetooth off on newer devices will make, considering it consumes negligible amounts of power, but the Wi-Fi thing is entirely understandable. BatterySafe also affords the user the ability to immediately dim the brightness of the display based on a power warning.

Although the package will undoubtedly be useful to a number of users it would have been nice to see a little more thought and power put into the tweak. The emergence of Control Center within iOS 7 allows all of these settings to be accessed and toggled extremely quickly, meaning that BatterySafe doesn’t really bring a great deal. Still, for those who want the whole process entirely automated it could be a life saver. In fact, this tweak can prove to be a godsend for those who are always out and about and not near a power outlet. 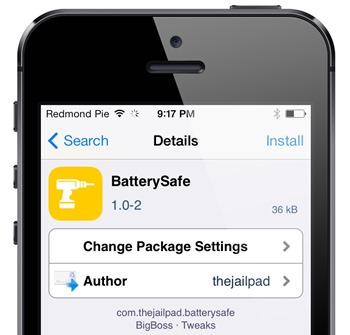 BatterySafe is available as a free-of-charge download from the BigBoss repository with no specific mention of a minimum iOS dependency.