Google has accidentally outed the next version of Android – Android 11. This happened after a landing page on the company’s developer portal was updated to include details about the update. But none of the supporting documentation or any of the links were available.

The landing page has now been taken down, suggesting that it was never intended to be made public. It could suggest that the initial roll-out of the first Android 11 developer preview isn’t too far off, but it’s anyone’s guess as to whether that’s the case. Launching the developer preview now would suggest that Google is not following its previous schedules. And that simply isn’t something we’d expect to be the case.

Google always makes its big Android updates available to developers ahead of public releases so they can get all of their ducks in a row first. It allows developers to update their apps to support new features and new APIs, but it also gives Google a large beta pool so it can fix its own issues as well.

One positive here is that the text appeared to suggest that Android 11 will work on “a Pixel device,” however.

With Google having now pulled the updated text altogether, it’s likely that it shouldn’t have been made public just yet. It certainly wouldn’t be the first time that someone has pushed changes to a live website instead of a staging site. And it’s highly unlikely to be the last, too. 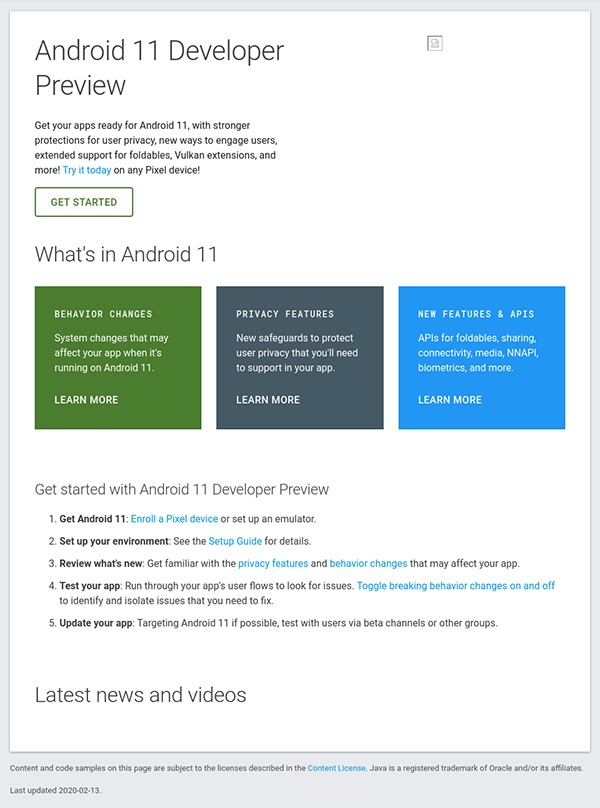