Even before the iPhone 5s went on sale, we were hearing rumors about extremely limited supply. It even transpired that the country with the beautiful Gold Coast wouldn’t have any stock whatsoever of the Gold iPhone 5s. The limited availability of the new gold tinted hardware has meant that prices on secondary sales site eBay have risen past the $1800 mark.

With the iPhone 5s / 5c selling 9 million units in three days alone, it’s safe to say that Apple has a duo of winners at hand. The iPhone 5s, with its faster processor, integrated fingerprint scanner and embedded motion detection coprocessor all come together to make an extremely powerful device. The Gold version of that powerhouse is even rarer than the 5s itself and Apple Stores around the world were reporting that queuing consumers had almost instantly consumed the company’s entire stock. 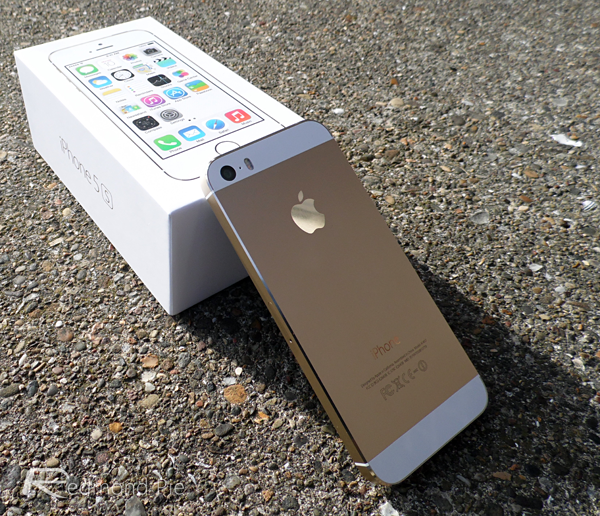 At the time of writing, the world’s most popular auction website – eBay – had almost one thousand five hundred listings for the Gold iPhone 5s. Some lucky users are attempting to capitalize on their coup by selling the device for as high as $1800, whereas others are applying a small but notable markup on the hardware.

A lot of the listings on the site actually hold a “Buy it Now” price as part of the package. Some users are relying more on the hunger of others to get their hands on the phone by offering an old fashioned auction style listing with no reservations. This particular Apple product launch has come in for a fair bit of criticism from consumers who believe it is nothing more than a polished version of the iPhone 5. The complaint is; rather than focusing on innovation and coming up with something new and exciting, they believe that the fruit company are chasing the money by regurgitating an old device.

You only have to look at the specifications of the device and use it for a day to realize that this just isn’t the case. The Touch ID feature of the device alone is worthy of an upgrade, and when combined with the new M7 coprocessor and ultrafast LTE, it becomes clear that Apple has produced yet another market leading product. Let’s hope they ramp up production so consumers don’t need to hit the black market and pay over the odds.