If there was ever any lingering doubt that the two new iPhones that were released last week would sell well, then let those doubts be cleansed after Apple today announced its sales figures for the three days since the iPhone 5s and iPhone 5c went on sale.

According to a press release that has just landed, Apple’s two new iPhones sold astronomically well in the three days since they were released on Friday, with 9 million 5s/5c devices now in the hands of iPhone buyers the world over, compared to 5 million units sold for iPhone 5 last year. 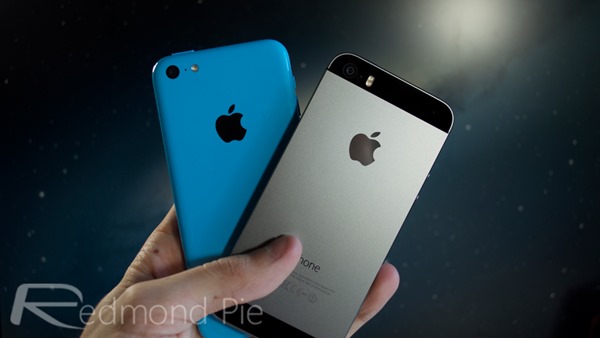 As many had predicted, Apple is not saying what the iPhone 5s/iPhone 5c breakdown of that 9 million is, nor does it really matter in the grand scheme of things. What it does mean though is that this past launch will go down as the biggest of the iPhone’s history. The iPhone 4s shifted 4 million units in the first three days, with the iPhone 5 taking the same length of time to reach 5 million. 9 million units is a nice increase, we’re sure you’ll agree.

Not content with sharing the good news on new iPhone sales, Apple also let us in on the latest iOS 7 news, and it seems that the new version of the iPad and iPhone operating system is also supremely popular after it was installed on 200 million devices. When you remember that we’re less than a week into its life cycle, that is an impressive statistic indeed. If only Android could sport such figures.

Apple CEO Tim Cook said that while the company has unfortunately sold out of iPhone 5s handsets, stores are currently receiving new stock on a daily basis. If you’re still waiting, hopefully you won’t be waiting long.

“This is our best iPhone launch yet―more than nine million new iPhones sold―a new record for first weekend sales,” said Tim Cook, Apple’s CEO. “The demand for the new iPhones has been incredible, and while we’ve sold out of our initial supply of iPhone 5s, stores continue to receive new iPhone shipments regularly. We appreciate everyone’s patience and are working hard to build enough new iPhones for everyone.”

We’ve all been speculating how many iPhones were sold this weekend, but few had dared suggest a number as high as 9 million.

Maybe the so-called analysts will now think that Tim Cook can keep his job for another year.