This year at Apple’s media event on September 20th, 2013, the Cupertino company took many consumers by surprise by changing their pricing structure up. Normally, Apple would keep the old generation of iPhone around, whilst making it $100 cheaper on a two year contract. This year, they replaced the iPhone 5 altogether in favor of a more colorful companion; the iPhone 5c. With all of this being said, there will be many people still deciding whether to purchase an iPhone 5, perhaps second hand or through a reseller, who will be wondering how much value there is in going for it’s bigger brother, the iPhone 5, instead. We thought it would be apt to put the iPhone 5 and the iPhone 5s through an in-depth comparison, to see how much value there is on the speed and performance side, in going for the iPhone 5s over the 5. 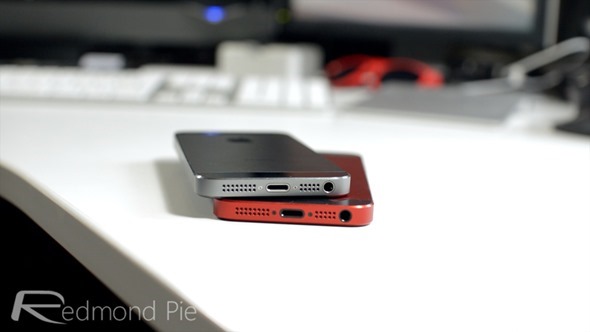 We discussed how the upgrade from a 32-bit processor architecture to a 64-bit architecture affected the iPhone 5s in a gaming performance demo earlier today, and from both of these comparisons it’s clear that the capability of the new iPhone 5s isn’t yet being totally unleashed. Taking that into account, it’s important to remember that the iPhone 5 is still an incredibly powerful phone, which outperforms even some of the most popular phones of 2013 in it’s own right. It may still be based on a 32-bit chip, however it still packs a serious punch when it comes to speed and performance. It was especially interesting to see that the app launch times for both the iPhone 5s and the iPhone 5 were quite similar, with the 5s only just sneaking ahead in most instances. There are certainly aspects of iOS 7 which require more power, but general usability of the operating system continues to run just fine with a slower 32-bit CPU.

Personally, if I was making the choice between a new 5s and the 5, I’d go for the newer model. In the long run it makes sense to spend a little more, but get something that will be around a lot longer. Combine that with all of the new features such as the new camera, Touch ID, 64-bit integration and you’ve got yourself a recipe for a great phone for a good few years. That being considered, your iPhone 5 is definitely not redundant, and I wouldn’t run out to upgrade just yet. You’d be better off waiting for the iPhone 6.

Update: I mentioned in the video that both iPhones were on 7.0.1, I was mistaken. iOS 7.0.1 was a minor bug fix for Touch ID, so the difference in firmwares will not effect this comparison.