Both iPhone 5s and iPhone 5c are now on sale in 11 countries worldwide. The launch of the more expensive and more in demand flagship iPhone 5s is significant for a myriad of reasons, what with it being the first smartphone with a fingerprint sensor and a 64-bit processor. The new device is also the very first iPhone to ship in three colors, and with a budget iPhone 5c also on the table, many are headed to retail stores without having made up their minds about which one to pick up. Here, we’ll be taking a look at what’s on offer, and help you to decide which iPhone model is the best fit for you. 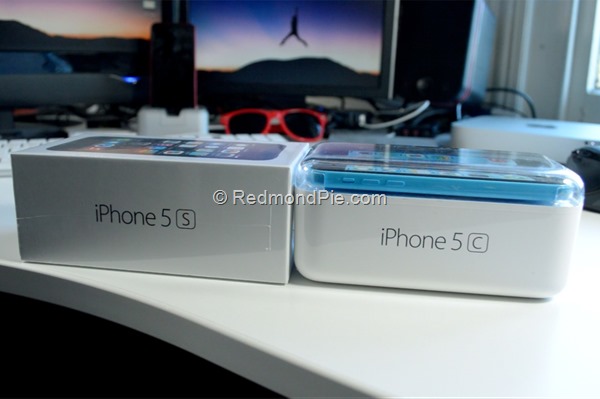 Although it was rumored that the iPhone 5s would go all the way up to 128GB this time around, that hasn’t turned out to be the case, and the current offerings range from 16GB to 64GB, with a 32GB variant right in the middle.

Deciding which one to go for depends on your usage habits, and how many different tasks you rely upon your phone to carry out. If, as is increasingly the case, your iPhone 5s is to be your high(ish)-end gaming portal, music player and source of video content, you may wish to consider the 64GB, whereas if you have a small cluster of apps and tend to do quite a bit in the cloud, then you could probably get away with the 16GB effort.

The 32GB is a popular choice for the indecisive, and so if you don’t quite want to settle with the minimum but cannot really justify the 64GB offering, then you’re probably best off going for the 32GB storage option.

Just because the 128GB model hasn’t made the launch, that’s not to say it mightn’t at a later date. The iPad 4, after all, maxed out at 64GB when it was first showcased, but that was doubled up a couple of months later to suit the needs of the power user.

The new Gold color option has been a major talking point of the past week, and whenever I’ve asked anybody of their opinions, their faces have seemed to quickly revert to a frown. But while a gold iPhone may not be to everyone’s taste, it’s great to see that Apple is offering more variety than ever before.

Accompanying the new champagne-like configuration is a Space Gray option, which is rather similar to the black iPhone 5, and also the Silver model, which borrows from the White + Silver iPhone 5. In all honesty, the color you choose is a matter of personal taste, but the consensus seems to be that the Gold option really accentuates the beauty and design of the device — a notion we tend to agree with here at Redmond Pie.

With that said, it may also depend upon colors you’ve had before. For example, if you’ve been rocking a black iPhone 5 and a black iPhone 4S before that, it stands to reason that you may wish to switch to the Silver or Gold offerings.

Whatever you choose, do so wisely, because we’d imagine you’re going to be looking at it quite a lot!

Personally, I am picking a Space Gray iPhone 5s, while both Taimur Asad and Paul Morris are going for Gold model. Our resident video guy Tom Richardson is also picking up a Space Gray, while both Uzair Ghani and Oliver Haslam haven’t decided their colors yet.

Take part in this poll to let us know which iPhone 5s color are you getting?

There are advantages and disadvantages to running a device on contract. For instance, if you go ahead and sign up to a contract, you get the device a lot cheaper at the point of sale. The problem is, most contracts run for 18 months or two years, and with new iPhones arriving on an annual basis, you’re leaving yourself in a difficult position for this time next year.

With that said, the cost is spread, making the iPhone 5s more accessible to the masses, and if you don’t feel like putting down several hundred dollars on a new smartphone, you should certainly consider a contract.

Buying outright gives you the power to drop the device whenever you find something else you like, without having to continually check the blogs to see if your device is about to be succeeded. It also means that when the next iPhone arrives next year, you can swiftly sell yours on and grab the new model, and since iPhones don’t depreciate too much provided they are kept in good condition, your excess spend will be around as much as a subsidized model anyway.

The iPhone 5c hasn’t been particularly well received. iPhones available to pre-order tend to become unavailable within one day or less, but the iPhone 5c can still be pre-ordered some ten days after announcement. Suffice to say, the omens aren’t particularly good.

But the iPhone 5c does have a great deal to offer. Yes, it is an iPhone 5 in a different shell, slightly bumped battery life and one or two other rudimentary tweaks, but lest we forget that the iPhone 5 has been a very noble servant over the past year, and until we saw that Touch ID, heard about the 64-bit processor or begun to compare its camera with the new dual-LED flash of the iPhone 5s, we thought it was pretty good, didn’t we?

If you want a very solid smartphone capable of completing almost any task for the general user, then look no further than the iPhone 5c. Sure, it doesn’t have the beautiful aluminum chassis, interior mod-cons and general finesse of the flagship, but it’s still a looker in its own right. Moreover, with five vibrant colors to choose from, you have even more choice than with the iPhone 5s.

So, there you have it guys. Whatever you choose, please do so wisely — particularly if you’re considering the Gold iPhone 5s!