Google’s purchase of Quickoffice back in June last year raised more than a few eyebrows, but while the search giant has been somewhat busy with other projects over the past twelve or so months, today’s announcement that Quickoffice will be free for both iOS and Android users will be music to ears of those looking to be productive on-the-fly. In a year that has seen Microsoft expand its own Office suite to iOS and Android, the Big G has now offering the Quickoffice service completely free, meaning consumers can actually edit Microsoft Office documents without having to pony up any money.

See, while Microsoft, in its increasingly strained efforts to make an impression in the mobile industry, may have delivered Office 365 to those on other platforms besides its own, the free service is basically read-only. In order to make edits, Microsoft Office users need to pay a subscription fee, but those previously unable or unwilling to part with their hard-earned cash can take full advantage with the Quickoffice app.

Google makes a habit of bringing alternatives to paid apps and services for free, and this move to make Quickoffice completely free to everybody will no doubt upset the guys over in Redmond.

To take advantage, users simply need to download the Quickoffice app for iOS or Android and sign in using their Google accounts. Those doing so before September 26th will be in receipt of 10GB of extra Google Drive storage, which is free for two years.

Certainly, if you’re looking to be productive without paying any kind of premium, Google has your back, and has certainly undercut Microsoft in the process. To make matters worse, there’s no version of Quickoffice in sight for Windows Phone, with Google not seeing any value in porting apps to it. 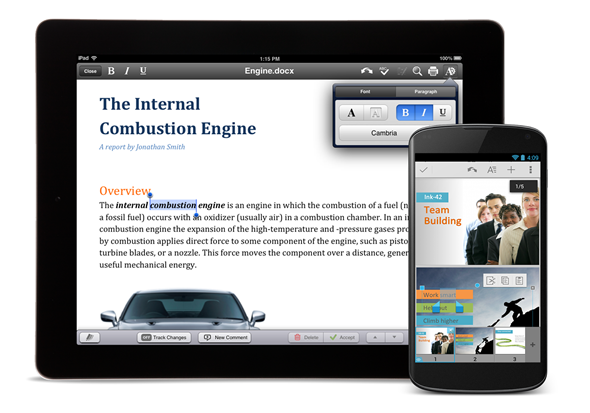 So, to conclude, Google just made Quickoffice a bit of a bigger deal than it has been hitherto, and you can download both versions of the app via the direct links below.