Apple likes to pride itself on its solid record of keeping security flaws and potential malicious outbreaks down to a minimum, but with iOS 7 having scarcely been available for 24 hours, issues have already arisen pertaining the company’s latest and greatest. Apparently, sensitive information such as photos, Twitter info and email can be easily accessed and compromised behind a passcode-protected lock screen. This issue affects those on iOS 7 with Control Center enabled on the lock screen.

Discovered by one Jose Rodriguez, the iOS 7 hole allows anybody to bypass lock screen in less than a minute and access a user’s personal information. Rodriquez, a soldier living in the Canary Islands, compiled a short video demonstrating the technique, and as it’s not all that long ago since users were able to sneak through the protected lock screen on iOS 6, this revelation will have many wondering whether iOS is as secure and robust as it once was. 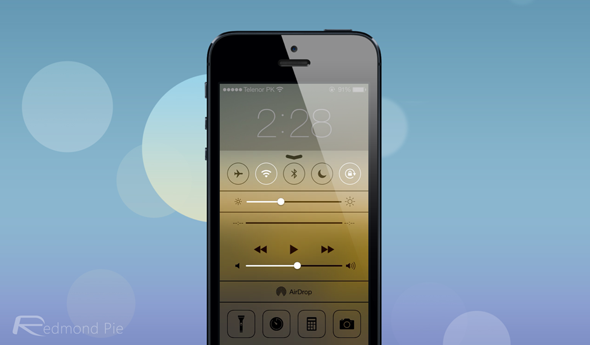 The new Control Center is especially handy if you wish to quickly toggle any of your device’s main functions. It’s easily accessible, has a clean, intuitive interface, and does exactly as it purports. However, as Rodriguez’s video shows, opening the Control Center on the lock screen and hitting the alarm clock before holding the iPhone’s sleep button brings about an interesting route to some of a device’s personal info. For if, instead of swiping to switch a device off, a potential hacker hits the “cancel” option and double-clicks the home button, the multitasking screen appears. From there, an intruder can check the camera, photos, and other such niceties in one fell swoop.

From Photos to e-mail, Twitter to Facebook, it’s all there, and with such a long time and many betas having passed since the WWDC announcement of the new mobile software, one might have hoped that an issue quickly becoming Apple’s Achilles heel might not have cropped up again so soon.

Here’s how you can fix this issue temporarily on your iPhone running iOS 7: Navigate to Settings -> Control Center and set “Access on Lock Screen” option to off. 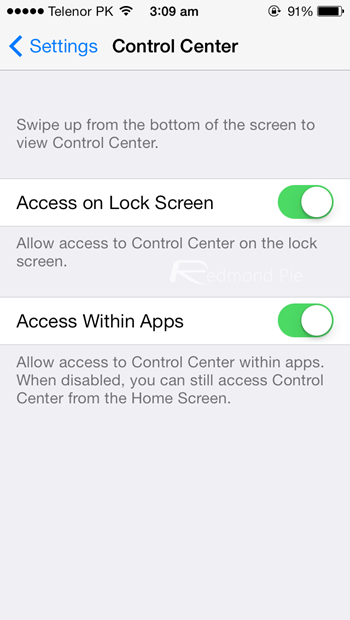 Hopefully, Apple will come swiftly through with a proper fix.