Microsoft Offering Up To $350 For iPhone, iPad And Android Device In New Trade-In Promotion

After purchasing the products and services division of Nokia – a move on the cards for a number of years now – Microsoft has put even more pressure on itself to make good of its mobile endeavors. It’s a task that the Redmond outfit has struggled with in recent years in the wake of iOS and Android’s respective growth, and to aid the unenviable job of trying to bridge the gap between itself and the Big Two, the software maker has started a program offering up to $350 for your unwanted iOS and Android devices.

The company is in a big period of transition with Steve Ballmer heading for retirement in the coming months, and with Skype and Nokia now under its belt, has, at least in theory, a decent shot at relative mobile success. Hitherto, the market has been swamped with devices from the likes of Samsung, LG and Apple, and although grabbing a large chunk of Nokia may or may not prove a fruitful pursuit, things really need to pick up for Microsoft; and fast.

As first reported by ZDNet, the Surface maker is now giving more money to those looking to trade in their old devices. The incentive was previously limited to just $200 for an old iPhone, iPad or Galaxy device, but desperate times call for desperate measures, and while Microsoft is doing okay as a company with the likes of the Xbox One about the market and the 360 still selling in strong numbers, mobile prowess is faltering. 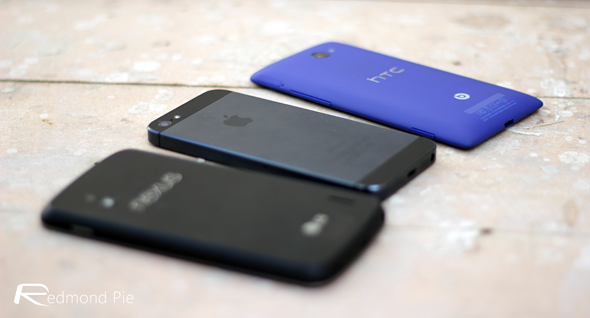 As such, that cap has been almost doubled to $350, which is a generous offering, to say the least. Then again, as Google has learned with its uber-cheap Nexus devices, consumers are buying into the ecosystem, and the real value is not at the point-of-sale, but in the apps and services that can be sold thereafter.

With that all said, the Windows and Windows Phone Stores are comparatively bare compared with the major players, and if consumers are to stay committed to the platform after getting their hands on a Windows device, this is another area that the company will certainly need to address.

Head on over to microsoft.cebuyback.com for more details.

Would you trade-in your iPhone or Android handset for $350? Share your thoughts below!