There’s always some sort of brewing battle in the tech industry, particularly between Apple, Google and Microsoft – the three main players in the mobile game. With Microsoft readying the cross-platform Windows 8 operating system and having recently announced its famous Office suite would make its way to mobile in the coming months, Google has decided to join the party by acquiring Quickoffice.

Of course, Apple already has its own in-house offering with the iOS and OS X-only iWork suite, but with Quickoffice being one of the most popular choices on both iOS and Android, Google’s new purchase could prove to be a serious competitor to Apple’s Keynote, Pages and Numbers, as well as the PowerPoint, Word and Excel of Microsoft. 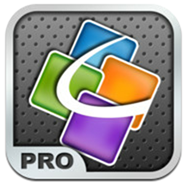 The announcement was made earlier today by Alan Warren, Google’s Engineering Director, and with strong integration with Google’s sleuth of apps, Quickoffice has the ability to become the domineering force in the productivity battle royal.

"Quickoffice has an established track record of enabling seamless interoperability with popular file formats, and we’ll be working on bringing their powerful technology to our Apps product suite," says Warren in a blog post, clearly delighted with the Big G’s latest purchase.

With the news Microsoft was to bring its desktop-dominant Office toolset to mobile, many presumed the outcome would render the current band of competition obsolete, but Google clearly has other ideas, and such is the online prowess of the Web company, the level of integration we could see will certainly pit Quickoffice as one of the favorites for the crown now.

With Android being the most widely-used mobile OS, the thought of Quickoffice potentially being installed in future versions by default will certainly have alarm bells ringing over in Redmond, and what most of us will have presumed to be an unattended waltz into the mobile fray now has stiff competition flying in from all angles.

The cloud services of the so-called "big three" will play a key role in proceedings, and I will be interested to see just how strong Quickoffice becomes under the wing of the biggest and most influential online outfit.

It seems there’s simply no avenue Google will not exercise in order to dominate on all fronts, and although Microsoft Office will arouse immense interest, Quickoffice may already have a foot in the door by the time Steve Ballmer’s company manages to release it.