In the last three months the world has gone Siri mad. We’ve had jailbreak tweaks, GUI ports, proxy servers, YouTube videos and even the inevitable Suri Cruise parody video making its way around the web. I’m pretty sure Apple expected the new digital assistant to be popular, but I don’t think even they could envisage just how many people would actually want the intelligent software on their older generation devices. 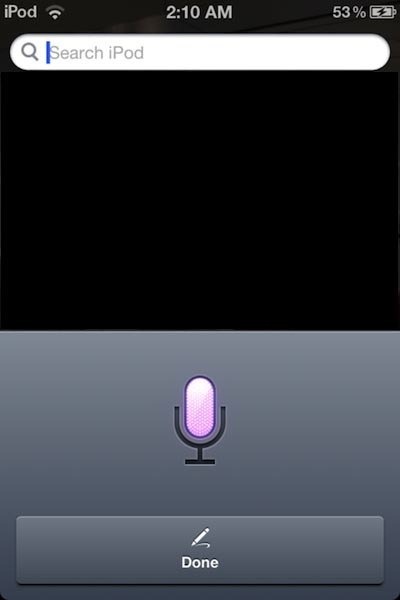 Since October last year, developers and hackers have been putting a lot of time and effort into an attempt to get Siri fully functional on non-supported devices. Some of the attempted ports of Siri have been proven to be nothing more than a scam, whilst some have been demonstrated to be fully functional but were just able to be released as such due to dependencies on having iPhone 4S auth tokens. Such is the popularity of Siri in recent weeks that even the Android marketplace had some Siri applications pop up, albeit shady ones that were later removed by Google. If you are one of the people who aren’t fortunate enough to own an iPhone 4S then you can make your own mind up about the reasons why you want Siri so much, and maybe you might end up like Twitter user ‘AppleGordon’ who magically found himself with Siri on his iPod touch.

Gordon alleges that he recently treated himself to a brand new, beautiful white iPod touch which obviously does not come with Siri installed as it is an unsupported device. When finally getting his brand new music player home, instead of setting the unit up as a new device, he made the decision to restore the iPod from the previously backed up data of an iPhone 4S. Upon completion of the restore process, the iPod had been blessed with the presence of ever helpful Siri, although by his own admission it is extremely bug ridden and causes his device to crash multiple times a day.

Due to the fact that it has no way of connecting to Apple’s servers, the main features of the voice assistant are also non-functional but the interface is present in its entirety. Not wanting to halt the experimentation there, Gordon also states that he followed the same process on his Verizon iPhone 4 with the same outcomes – a Siri interface which crashes the device but has flawless dictation support. Whether the whole story is being reported is anyone’s guess as the device in question is jailbroken, and although it appears that no Siri related tweaks are present; it may seem like too big of a ‘that can’t be true’ pill to swallow.

It certainly poses some intriguing avenues for developers and modders to pursue, but before you all go rushing to restore from an iPhone 4S backup, it is worth paying lip service to a very good point made by iDownloadBlog which is; that restoring from a separate device’s backup is never a good idea due to the high possibility of bricking the phone or iPod causing permanent damage.