Get Notification Center On Windows Phone And Windows 8 With Unification

If there’s one negative that is consistently levelled at Windows Phone, it’s the platform’s lack of any kind of unified notification system. Unlike Android or iOS, Windows Phone does not feature an area of the operating system that plays host to all new notifications, meaning it can be easy to miss something important.

Microsoft believes its way of doing things is the best, and it arguably took Apple far too long to realize the errors of its ways pre-Notification Center, so we don’t expect Microsoft to change how Windows Phone handles notifications any time soon. Thankfully, that may not matter. 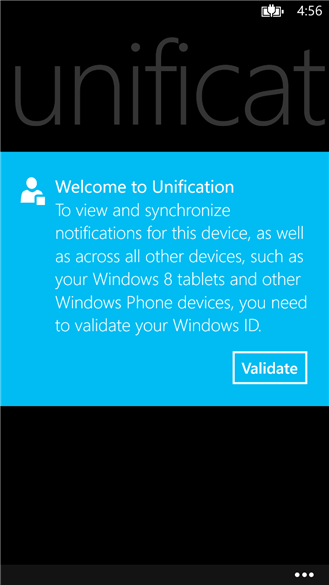 Based on Microsoft’s Windows Azure Cloud Service, Unification will require buy-in from both users and developers, with apps requiring to be written with hooks for Unification’s magic. If apps do take it on board though, notifications will be handled by Unification and because it’s centralized, they will be kept in sync across multiple devices – something that iOS nor Android can claim to do just yet.

The app itself is typical Windows Phone fare as far as the looks go, but there is no doubting the power under the hood. Whilst potentially incredibly awesome, we do fear that its Achilles heel is that need for developers to tie Unification in from the ground up. Obviously we as users can help push that by requesting it as a feature update for our favorite apps, but even then, we’re at the mercy of developers. 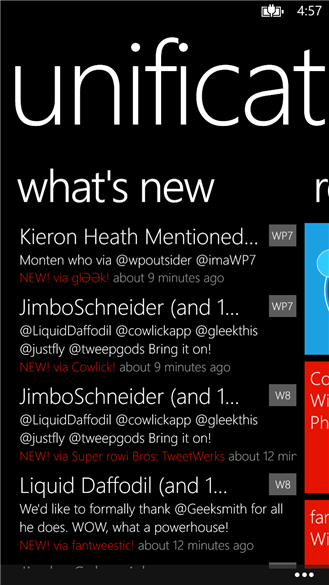 Interestingly, the Unification team will need to vet all apps that tie into it before access is granted, and of course the user will be able to control which apps use Unification also. The fact that Unification’s developers require other devs to let them check their implementation of the service may also be a potential sticking point, but it may also sort the wheat from the chaff, too. If it’s good enough for Apple, it’s good enough for anyone!

We’ll have to see how things pan out with that developer support, but on the face of it at least, Windows Phone just got its very own Notification Center on steroids.