Here’s How To Try BlackBerry 10 OS On iPhone Or Android Device Now!

BlackBerry has spent the past year preparing and reinventing itself for another serious assault on the smartphone market, and although the company did try sticking with the old formula and essentially flogged a dead horse for far to long, the company looks ready to be taken seriously again. BlackBerry 10 looks like an intuitive, innovative operating system much more in line with the likes of iOS and Android, and with the BlackBerry Z10 certainly strong enough to hold its own against many of the market’s considered elite, the Waterloo, Ontario-based company is looking for customers once more.

In an attempt to woo would-be consumers, BlackBerry has offered a demo of BlackBerry 10, which curious users can check out by simply opening a link on their current smartphone device. 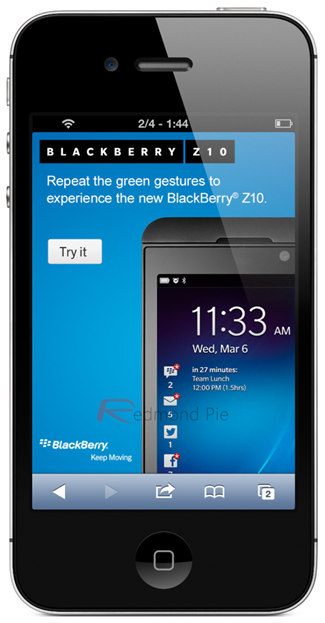 It works in any browser, and having tested it out on an Android and iOS device, we can at confirm it works as advertised. Rather than being an actual preview affording you the freedom to roam around and really sink your teeth into BB10, however, this is more a premeditated walkthrough which you prompt with the odd swipe here or tap there. 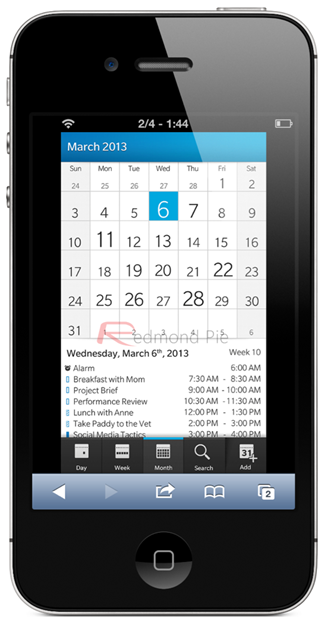 Nonetheless, what you do get from the glimpse is a firsthand insight into how much work has gone into all of the various features of BlackBerry 10. Although it looks a bit like the forgotten lovechild of Windows Phone and Android, it’s actually considerably different from both, and has its own personality, set of rules, and methods of operation. 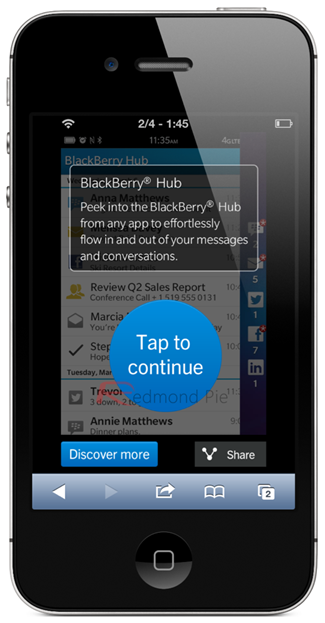 But the decision to bring something different to the table doesn’t mean consumers should, or necessarily would feel disillusioned or bamboozled by the new approach. In fact, BlackBerry 10 is designed to ease consumers into a new way of thinking, and this move to allow any smartphone user to, well, sort of test out the new OS, is a good one from a PR standpoint. 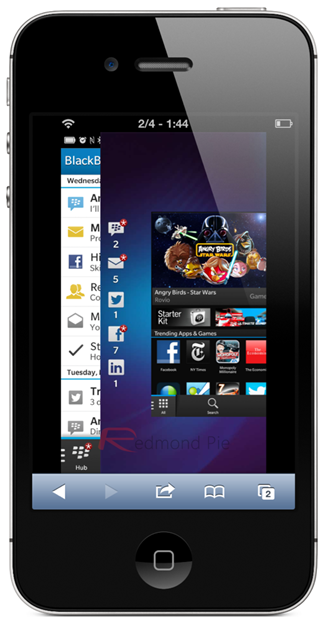 You can glimpse BlackBerry 10 right now by going to BlackBerry.com/glimpse in your mobile browser, after which you’ll be guided through numerous features including predictive keyboard, Screen Share, Time Shift and Hub. As you would expect, it’s not particularly fluid, but if BlackBerry 10 has piqued your interest enough to test it out, now you can do so. We strictly believe that Microsoft did a better job at their Windows Phone emulator for iPhone, what do you think?