A few days ago, a small group of German hackers called fail0verflow found an exploit that could completely open up the PlayStation 3 console. Dubbed as “epic PS3 security bypass”, they found the method to calculate the security keys, which is just a Sony signature that lets the PS3 know whether the application they’re trying to open is legit, or not.

Today, the infamous iPhone hacker George Hotz (or just Geohot) has released the PS3 Root Key publicly along with a message thanking the fail0verflow team. He also said, he doesn’t condone piracy, and “it’d be fun to be on the other side” with console makers, helping them in making their consoles more secure.

props to fail0verflow for the asymmetric half
no donate link, just use this info wisely
i do not condone piracy

if you want your next console to be secure, get in touch with me. any of you 3.
it’d be fun to be on the other side.
…and this is a real self, hello world

shouts to the guys who did PSL1GHT
without you, I couldn’t release this 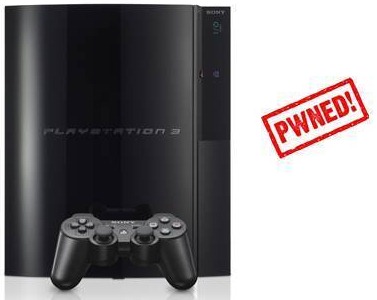 Now this root key is in the open, anyone can create their own applications, custom firmwares or even pirated ISOs and the PS3 will work with them without any problems. fail0verflow team has said that this exploit will make Linux run again on PS3 systems. This feature was previously removed by Sony, after Geohot claimed he had hacked the PS3. [via PSX-Scene]