While all of the headlines surrounding Apple’s recent “education” event in Chicago were covering the newly refreshed 9.7-inch iPad with support for Apple Pencil as well as a host of new and improved apps and services aimed at teachers and students, Apple quietly pushed out an update for the iOS version of GarageBand, complete with support for the iPhone X’s TrueDepth camera setup.

The update allows the iPhone X to track a user’s facial expression and then translate that into the app, something few of us would have guessed was on the way. 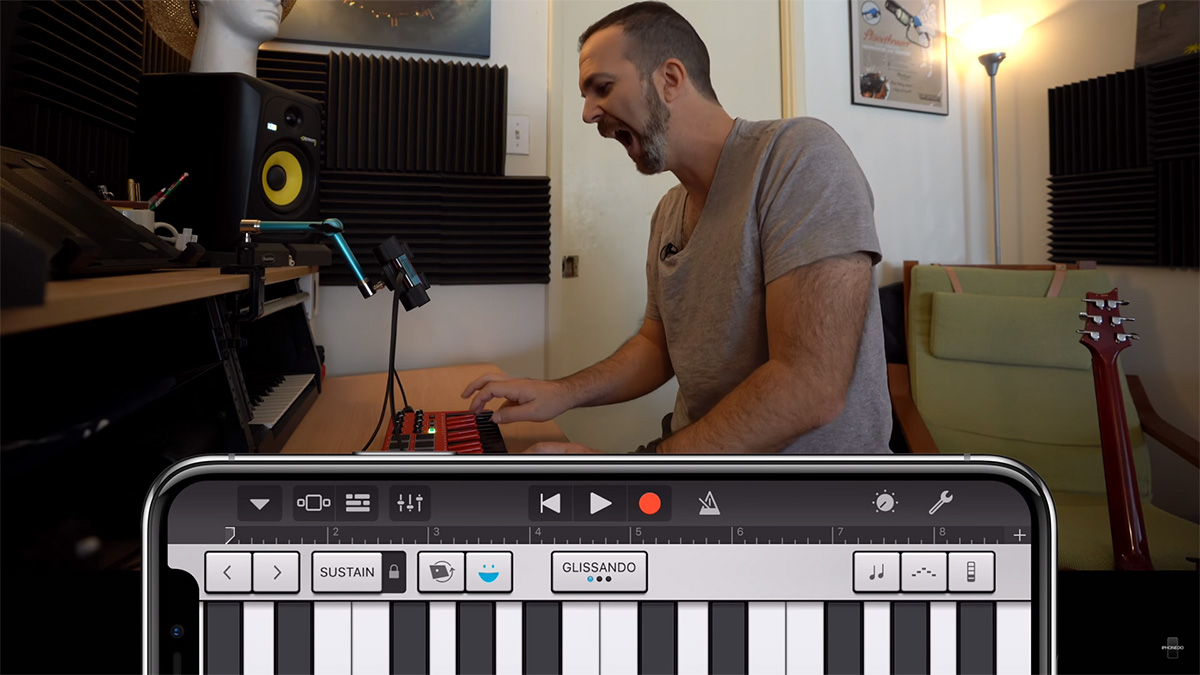 YouTuber iPhonedo was one of those who spotted the new update and after installing it, took to YouTube to show off what the app is capable of when paired with an iPhone X and that TrueDepth camera.

During the video, he highlights what is good and inevitably what is bad about the feature, and while he says that it’s “not perfect and it’s not fast enough to use it during live performances,” the fact that it works at all is surely something that should not be discounted.

However, the delay between the iPhone being able to detect facial movement and then that being reflected in GarageBand makes for a problematic experience. The app also only appears to react to the opening and closing of a mouth, rather than more comprehensive facial tracking.

The full video is only a few minutes long and is well worth watching as it highlights just how versatile the TrueDepth camera system can be. While this implementation may not be for everyone, and it surely needs work before it will wow most, it is something that would not have been possible with a standard front-facing camera.

If you have an iPhone X, you can try the newly updated GarageBand for yourself – it’s available to download from the App Store now.