There’s little doubt Sony’s PS Vita is a powerful bit of kit, and having played on one for quite a while, the quality of gaming and visuals is astounding for a mobile device. Having said that, the market has moved on from the days of the PSP and 3DS, with consumers now getting their gaming fix from their smartphones, and while Sony had hoped the Vita would be a revelation, most of us are none too surprised to see it unable to muster the kind of following previous handheld consoles managed.

The main reason for the lack of interest in the PS Vita – aside from the fact smartphones already offer a very good standard of gaming thus nullifying the need for a separate entity – is the lack of choice when it comes to games. For example, if I’m looking for an FPS, sports game, or simple puzzler, I know the Google Play Store or Apple’s App Store will have me covered, and with the vast majority priced at less than a dollar, I simply see no need to consider a handheld console, regardless of the quality of the graphics. 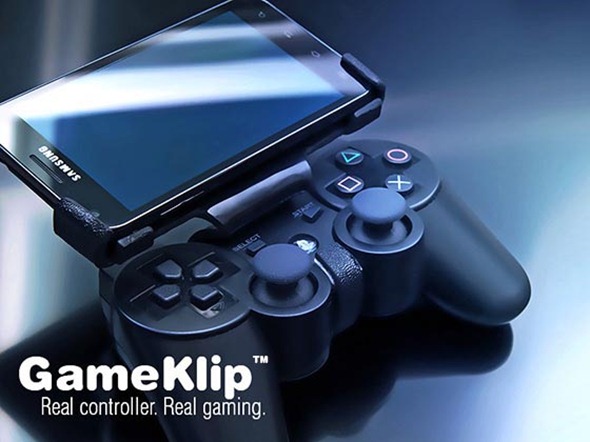 The only real issue with using a mobile device, well – at least most smartphones and tablets – is that the touch-based controls do not always work as seamlessly as the physical button and joypad combination. Things have certainly improved since the early days of the App Store, but most still find the touch controls to be a little hit-and-miss.

The GameKlip could well be the perfect balance between smartphone gaming and having a physical controller, providing the perfect peripheral to connect a PlayStation controller with your smartphone device. In addition, the product certainly counters Sony’s attempts to push the Vita, and for a starting price of just 15 bucks, it’s ideal for any avid "casual gamer". 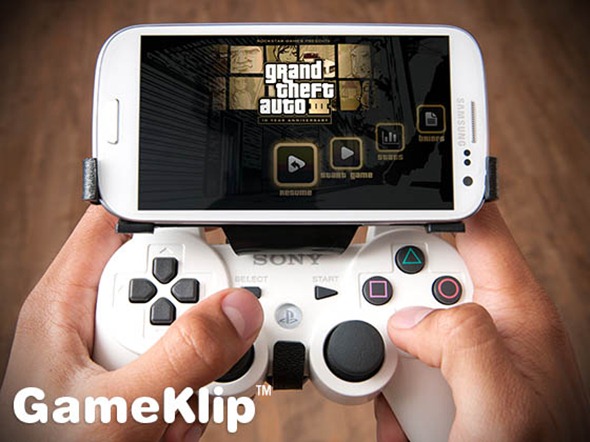 The GameKlip works with any Android-based smartphone, and makes the device + controller one single unit, just like the PS Vita. Playing games with the DualShock controller of the PlayStation is a great deal better than trying to touch, swipe and tap your way through an intricate title, and the wireless, Bluetooth edition is the cheaper option. If you prefer a USB-connected version of the GameKlip, that’ll set you back a very reasonable $23.

For those of you with an affinity to the Xbox 360 (I personally find the controllers a great deal more comfortable), you’ll be pleased to know a version of the GameKlip for the Xbox controller is also in the pipeline.

Those interested in the PlayStation edition should head over to the GameKlip site right now.