Remote desktopping has long since been an integral part of computing, but tablet devices have made this practice a whole lot easier. The quality of remote desktop apps for mobile devices varies as much as the prices do, and although there are plenty available for both iOS and Android, only a handful of them seem to be worth bothering with.

Splashtop certainly falls under the umbrella of remote access apps worth considering, and following the success of the first edition, Splashtop 2 HD has just been released for those running an Android device. It features a beautiful new interface, and is billed by its creators as being the smoothest and most secure edition yet.

As well as being a great deal easier to use than ever before, there’s pinch to zoom capability, hardware acceleration optimization, wake-on-LAN (WoL) and 3G/4G support with the paid Anywhere Access Pack. For a very limited time and in order to promote the new release, Splashtop 2 HD is absolutely free to download, although this is only applicable to the basic version, which is somewhat restricted. 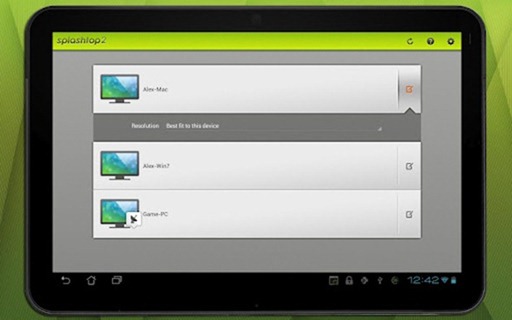 The free version will allow connections up to two systems over Wi-Fi, and for a full-on experience in remote desktopping, you will certainly need that aforementioned Anywhere Access Pack , which costs $0.99 per month or $9.99 for the whole year. It works well with Windows 7, Vista, XP as well as Mac OS X 10.6, so if you’re looking for a decent remote desktop app, Splashtop 2 HD could well be your perfect solution. 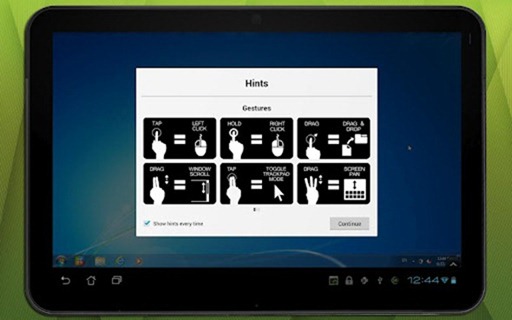 With 7 million users of the Splashtop software and counting, it’s certainly an impressive resumé, and Splashtop 2 HD can be used to do anything from viewing and editing files, to catching HD movies and playing some of your favorite gaming titles. Compatible for devices running Android 3.1 and up, you can grab it via the link provided at the bottom of this post. 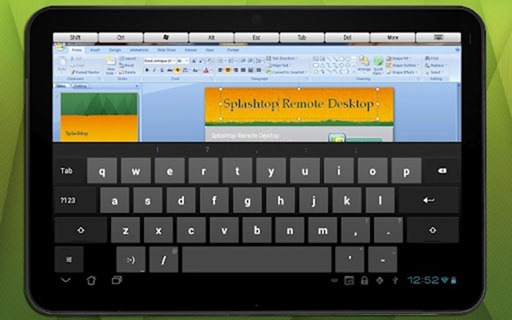 I still think remote desktop apps have a gear to find within the tablet market yet, despite some impressive entries hitherto, and hopefully the developers behind them will keep updating and improving their offerings moving forward.