Fortnite Is Coming To Nintendo Switch

You absolutely cannot turn a corner on the internet right now without bumping into some sort of huge Fortnite news, and today is definitely no different.

It would appear that the hugely popular battle royale game is set to arrive on the one platform that was missing it, the Nintendo Switch, following two leaks which spilled the beans. 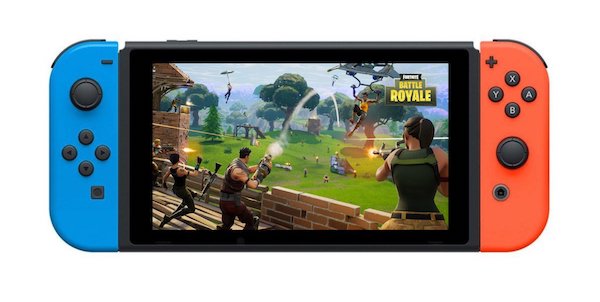 The first of those leaks is an E3 Nintendo games list which popped up on 4Chan this morning, followed by a Korean game rating for, you guessed it, a Nintendo Switch version of Fortnite. Gaming site Eurogamer has confirmed that the E3 game list is indeed accurate and that gamers should be able to “expect an announcement soon.”

This arrival of Fortnite on the Nintendo Switch would be the latest in an ongoing quest to take over the world, or at least that’s how it seems. After recently launching on iPhone and iPad, the game will also come to Android devices this summer and is already available for PC, PS4 and Xbox One platforms. The news also comes as the game’s main competition in the market place, PUBG, is suffering huge losses in player numbers and is actually suing Fortnite maker Epic Games over the two games’ similarities.

No matter how that pans out though it looks nailed on that we can expect to hear more about a Nintendo Switch version of Fortnite either before, or at the very least during the upcoming E3 Event.

The arrival of Fortnite on Nintendo’s hit console will only surely increase its popularity, something that is barely needed at a time where the Japanese company is most definitely enjoying a return to form following a decidedly lacklustre Wii-U experience.