Apple’s iPhone 6s and iPhone 6s Plus brought some high profile new features with them, perhaps the most obvious of those is 3D Touch. Allowing the new iPhones to sense depth of touch and then using that to bring new interfaces to the fore, 3D Touch is steadily becoming more important as developers start to get apps into the App Store that take advantage of it.

With the arrival of an iOS 9 jailbreak, one of the most highly anticipated jailbreak tweaks was one that would best mimic what 3D Touch can do on Apple’s newest iPhones. Being able to bring 3D Touch to non 3D Touch enabled iPhones is exactly the kind of thing that jailbreaking should be doing. And so, enter Forcy.

Available to download from the Cydia jailbreak store, Forcy will cost you nothing but it probably should because it’s absolutely awesome. When installed Forcy does one thing and it does it well and that’s enable apps to present their original stock 3D Touch Quick Actions menu from the Home screen. With no 3D Touch on older iPhones though, the menus are enabled by tapping on an app’s icon and swiping upwards, causing the now familiar 3D Touch menus to appear. The menus themselves are exactly the same ones that anyone using an iPhone 6s or iPhone 6s Plus users see when using 3D Touch, so any app that supports them will automatically work just fine with Forcy. No special work needs to be done by either the tweak’s developer or those making App Store apps. 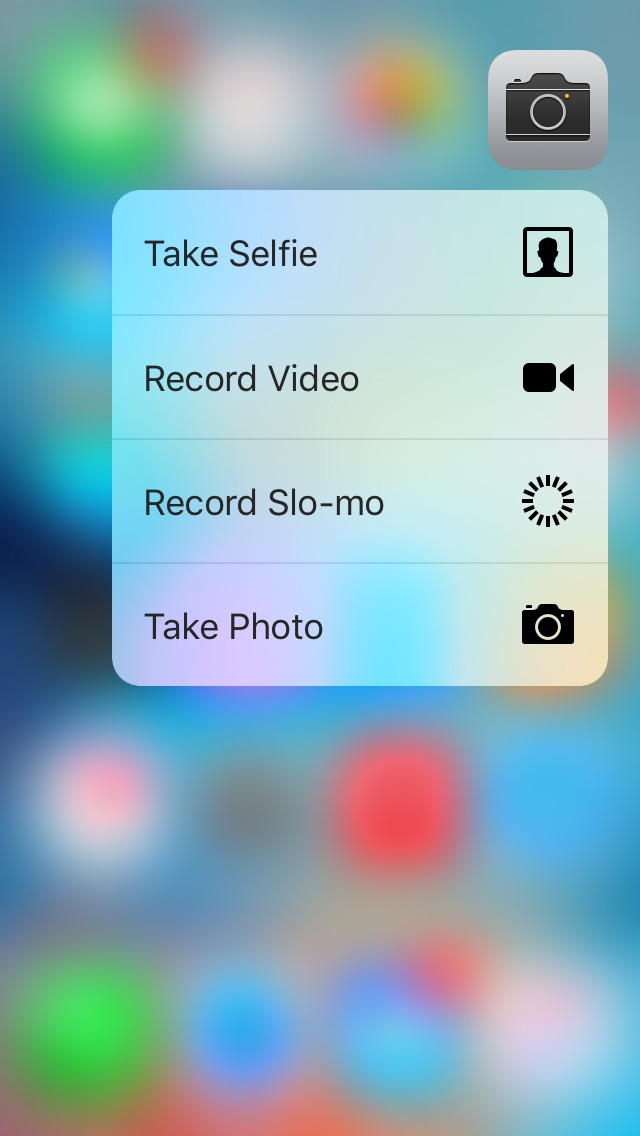 What Forcy doesn’t support is Peek and Pop gestures of 3D Touch, but maybe there will be another tweak that can do for Peek and Pop what Forcy has done for Quick Actions.

When Forcy is installed users will not have any new options to configure, which goes some way to showing just how simple the tweak is to use. Simply install it and start using 3D Touch menus, even if you don’t have an iPhone 6s or 6s Plus with 3D Touch itself.

Update: There’s now another jailbreak tweak available by the name of RevealMenu which basically does same thing as Forcy with only difference being that it will need to be invoked using long press. If you want to install RevealMenu, you can find it on the developer’s repo here: apt.imokhles.com.