Dong Nguyen, whose .GEARS Studio developed the famed Flappy Bird title for iOS and Android, has come through with a follow-up title that, on first play, seems every bit as tedious and frustrating as Nguyen’s smash-hit title. Rolling out for iOS and Android, Swing Copters is not so much tricky as infuriating, and given that Nguyen claimed to have pulled Flappy Bird due to the stress it was causing gamers, this new title looks set to raise heart and blood pressure levels all over again.

Towards the end of last year and the beginning of this one, a title by the name of Flappy Bird took the mobile gaming world by storm. A simple game, which benefited from the simple, retro graphics and general Super Mario feel, Flappy Bird soon became a cult success, but with its developer seemingly overwhelmed by the overnight success, the abrupt decision was made to remove the game from the App Store as well as Google Play. 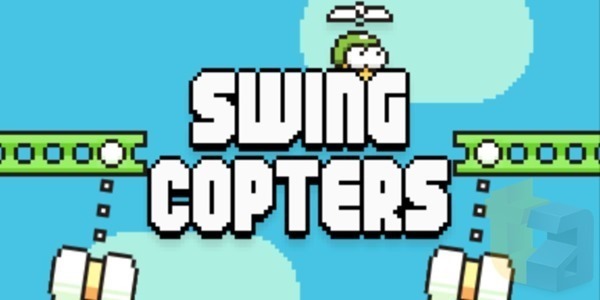 After the dust had settled, Nguyen began speaking to the press again, and in doing so, assured Flappy Bird fans that a sequel – as well as other projects – were in the works. Today sees that promise being put into practice, and as you’ll see from the screenshots, Swing Copters is aesthetically identical to Flappy Bird. 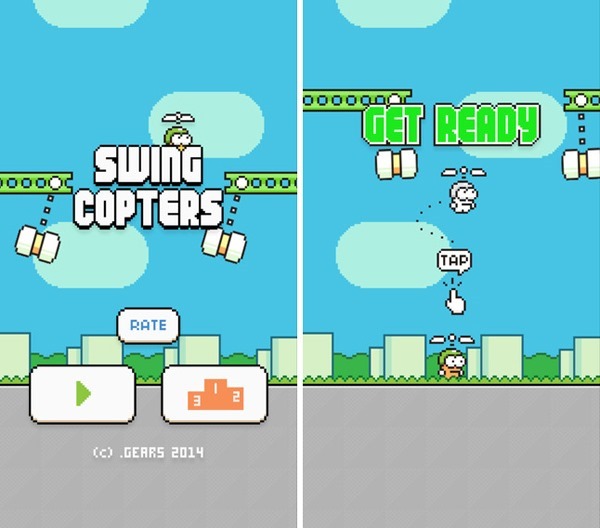 Essentially, you play as a small character donning a hat with a propeller, and must navigate your way through the course whilst dodging the swinging hammers. Like Flappy Bird, it’s very unforgiving, with very little margin for error, and having played it for a couple of minutes, am once again overcome with that burning desire to smash my device against a concrete object. 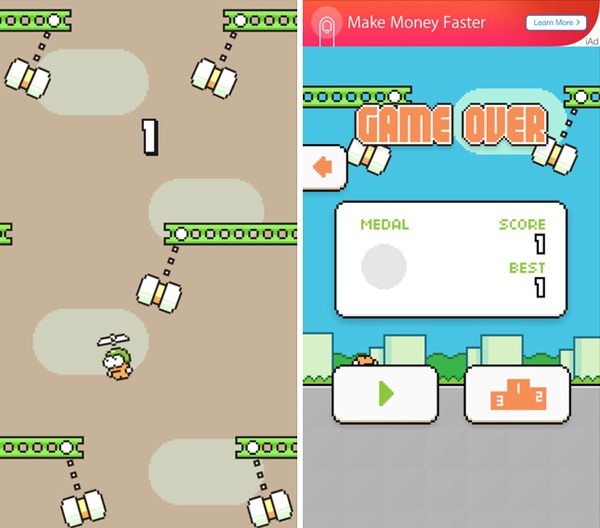 Suffice to say, if you liked Flappy Bird, then you’ll enjoy Swing Copters, and if you hated it, then you’ll find this new offering just as loathsome.

It’s free to play, albeit ad-supported, but on the iOS version at least, you can in-app those pesky advertisements away.

Give it a whirl, and be sure to let us know what you think below.