If you’ve ever wanted to make you Mac sleep remotely, and with the touch of just one button on an iPhone or an iPad, then you’re going to want to read this handy little tip.

If there’s one app that highlights the power of what an iOS device is capable of, then it’s probably Launch Center Pro. There are other apps that can run complex scripts like Editorial, but it’s only when you use Launch Center Pro as the glue to hold it all together that things start to get really interesting. 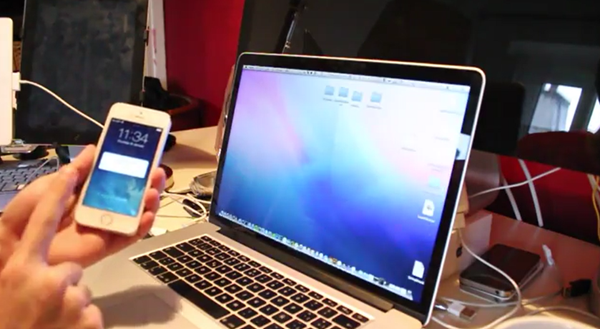 For those that aren’t familiar with Launch Center Pro, it’s an iOS automation app that presents a grid of icons that users can tap and have a whole range of things happen as a result. One of those things is to tell Launch Center Pro to upload a new file to Dropbox, and that’s exactly how Rick Stawarz went about making an action that puts his Mac to sleep at the tap of a button.

In order to make this work, you’ll need Launch Center Pro, a Dropbox account and an app called Hazel installed on your Mac. Hazel monitors folders and then runs actions based on what files are in those folders, and it’s super useful and hugely powerful. If you’re not familiar with Hazel and what it can do, you’ll want to read up on that before going much further.

Full instructions from Rick Stawarz are embedded below: 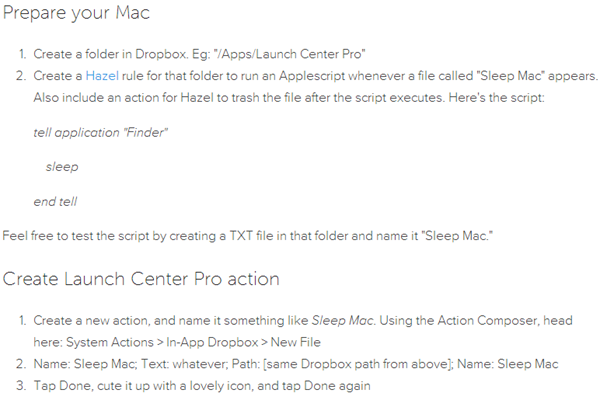 To keep it simple, create an action in Launch Center Pro that saves a new file to Dropbox and then have Hazel monitor for that file on the Mac. 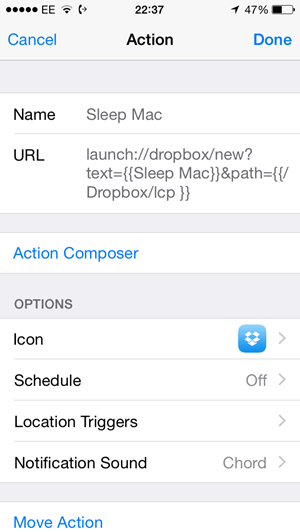 Once it sees it pop up, Hazel then runs a script that automatically sleeps said Mac and voila, you’ve just put your Mac to sleep remotely. 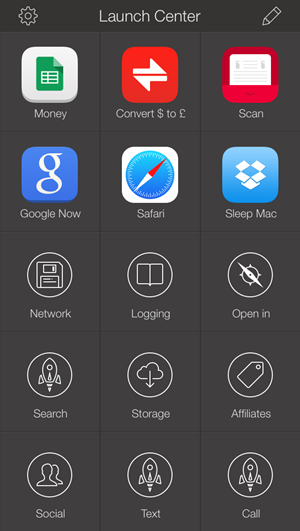 It’s useful if you step away from your computer and forget to secure it, or just if you’re away from home and need to sleep your computer for whatever reason. Because this whole process uses Dropbox, you don’t need to be on your local Wi-Fi network for it to work – everything uses the magic of the internet.