How To Fix WiFi, Safari, Bluetooth With Cydia Stashing Enabled On iOS 10.2 Jailbreak

If you are a jailbreak fanatic who likes to live life very much on the edge, then one of the latest tweaks to be made available could be of interest to you.

The Cydia-Stash-Fix script has been developed and release to eradicate issues with WiFi, Bluetooth, and Safari on devices in a non-jailbroken state and default Cydia stashing manually enabled when running a semi-untethered jailbreak. 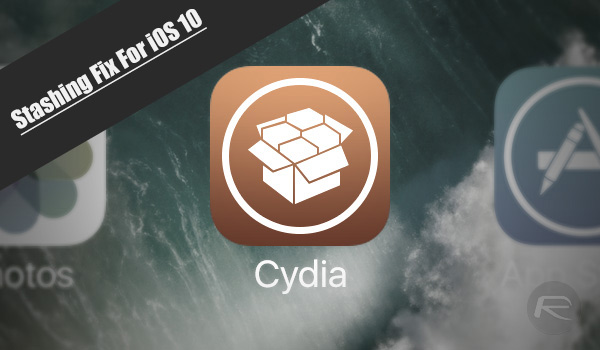 The days of downloading a jailbreak tool, connecting your device, hitting “Jailbreak” and sitting back in comfort while it goes about its business with an entirely trouble free output are long gone. With advancements made internally in iOS, it is now a much more difficult landscape for developers and jailbreak creators, meaning that they have to come up with much more intricate and technically capable solutions to get that all important liberation. With modern semi-untethered jailbreaks, one of those challenges is the process known as stashing.

Traditionally speaking, Cydia would automatically go about the process of moving several default folders within iOS to a new directory as part of the process of freeing up some space on the System partition. This hasn’t been possible since iOS 8.3 which means that there are some additional complications caused, which developers like Coolstar have attempted to eradicate and bypass with the creation of tools like Stashing for iOS 9.2 – 10.2.

That package works wonderfully well, but this latest fix is to handle the default Cydia stashing and the complications that can occur with Bluetooth, WiFi, and Safari on semi-untethered jailbreaks when the device is being used in the non-jailbroken state and with Cydia stashing manually enabled by removing .cydia_no_stash.

The developer behind this package has clearly seen the number of individual who have been using social media and various forums to complain about issues being experienced when their jailbroken device has been rebooted and is in a non-jailbroken state. Those issues can also be quite critical in that they effect core apps and services like Safari, WiFi connectivity, and Bluetooth.

Installation of this tweak looks to eradicate those problems, but potential users need to be aware that the developer has openly admitted that this script hasn’t been tested fully and can’t guarantee success. With that mind, exercise some caution when using. If you do still want to go ahead with it, then you can get the Cydia-Stash-Fix package from the following repository in Cydia: http://wisychannel.yourepo.com/.

If stashing is what you want, we still recommend using Coolstar’s stashing for iOS 10.2 jailbreak instead of Cydia’s default stashing.