How To Enable Stashing On iOS 10.2 Jailbreak To Get More Storage Space For Tweaks

Here’s how to enable Cydia stashing on iOS 10.2 jailbreak to get more storage space for tweaks on your jailbroken iPhone or iPad.

If you happen to have a jailbroken iOS device, and have ever suffered the frustration of not having enough space to install tweaks, especially on a 16GB or 32GB device, then the problem may not be as clear cut as you may initially think. In fact, you actually just need a simple package installation which paves the way for additional tweaks to be installed. 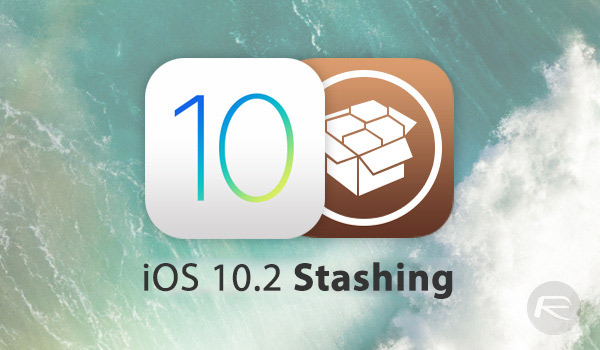 We’re going to show you how you can do this on your jailbroken iOS 9.2/10/10.1.1/10.2 device, but before we get to that, let’s take a minute to discuss what this stashing package actually does and why it might be useful to install?

First and foremost, installing this stashing package from CoolStar is not the same as what some people may know as traditional stashing on jailbroken devices. Traditionally, Cydia would normally be set up to automatically move several default folders within iOS, such as those that hold apps, wallpapers, and ringtones, to the new /var/stash directory in order to free up space on the system partition.

This hasn’t really been possible since iOS 8.3, though it may have been solved with Patcyh, but that requires an untethered jailbreak which we are far from on recent jailbreaks such as yalu102. Thus, a new solution has been found with the new Stashing for iOS 9.2 – 10.2 tweak from the developer CoolStar.

With this installed, rather than taking existing folders and “stashing” them elsewhere, this package basically moves what is going to be installed onto the system partition, such as tweaks and extensions, in the more storage friendly data partition. This is especially useful on 16GB and 32GB devices as the system partition on those devices has been shown to only have 68MB and 200MB of free space respectively. So basically, in its barest form, this stashing package is designed to move Cydia packages directly to the data partition in order to free up space on system partition.

Here’s how you can go about installing it:

Warning: Depending on the kind of tweaks you have already installed, installation of this package may result in issues which requires you to restore your device using iTunes and losing jailbreak. Proceed at your own risk only.

Step 1: First up, you need to add the developer’s repository in Cydia. If you happen to already have the CoolStar repo added, then you can jump straight to the next step. If not, you’ll need to head over to Sources section within Cydia, and then add the following repository: https://coolstar.org/publicrepo.

Step 2: Once added, allow Cydia to refresh. Now simply scroll through the list of packages found in this new repo, or search directly for the Stashing for iOS 9.2 – 10.2 package using the Cydia’s search function.

Step 3: Once located, head over the tweak’s installation interface and invoke the usual installation process to get the tweak onto your jailbroken device. 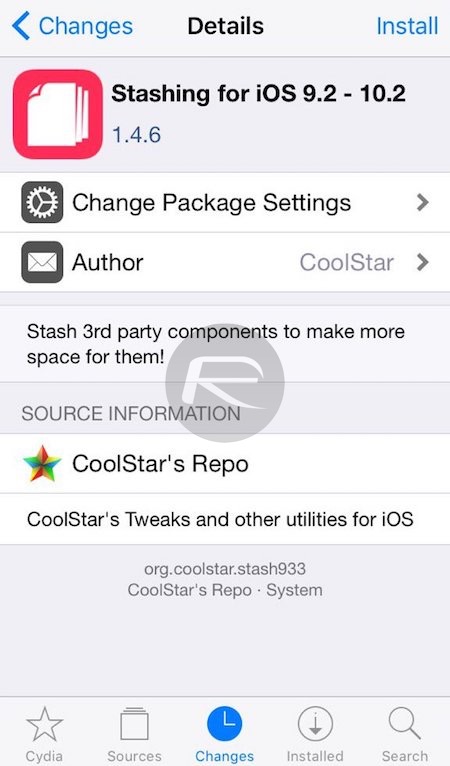 Step 4: Once installed, reboot your iPhone or iPad.

Step 5: After reboot, put your device back into jailbreak mode by following the instructions here: Re-Jailbreak iOS 10.2 Yalu102 After Reboot, Here’s How.

And there you have it. With Stashing for iOS 9.2 – 10.2 installed, you don’t really need to do anything else, or think about how you download and install tweaks. They will now be installed directly to the data partition on the device, rather than on the limited-storage system partition.