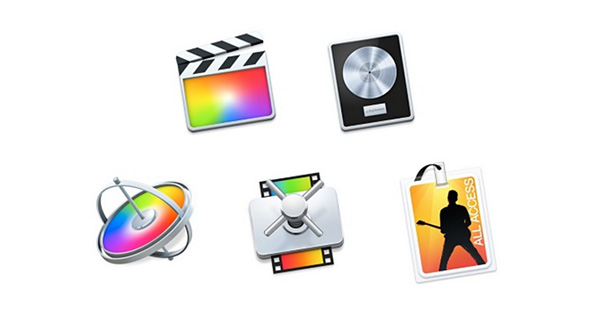 Apple has confirmed that the buying process is handled by its Apple Store for Education outlet, with buyers emailed download codes that will then be redeemable via the Mac App Store.

We’re told that Apple expects to be able to get codes to buyers within a day of their purchase being made, though there are occasions where that deadline may not be met.

For those unfamiliar with Apple’s pro apps, Final Cut Pro X is the company’s pro-level video editing software with Logic Pro X its pro audio app, which is commonly used for music production. Motion 5 lets you create 3D animations and effects for Final Cut Pro X, Compressor 4 is an encoding aid for the same, and MainStage 3 is a sound mixing app for live performances.

It’s fair to say that if you are not aware of these apps, then you likely don’t have a use for them, but those who can will be able to buy all the apps they need for considerably less money than they had to shell out yesterday. That can only be a good thing for everyone.