Fix ‘This App Is No Longer Shared With You’ Error Of Apps Not Working On iOS 13, Here’s How

Looking to fix “This app is no longer shared with you error” of apps not working on iOS 13? Here’s what you need to do about it.

Some users are currently unable to launch some of their iPhone and iPad apps after an App Store bug caused them to see a message telling them “this app is no longer shared” with them. 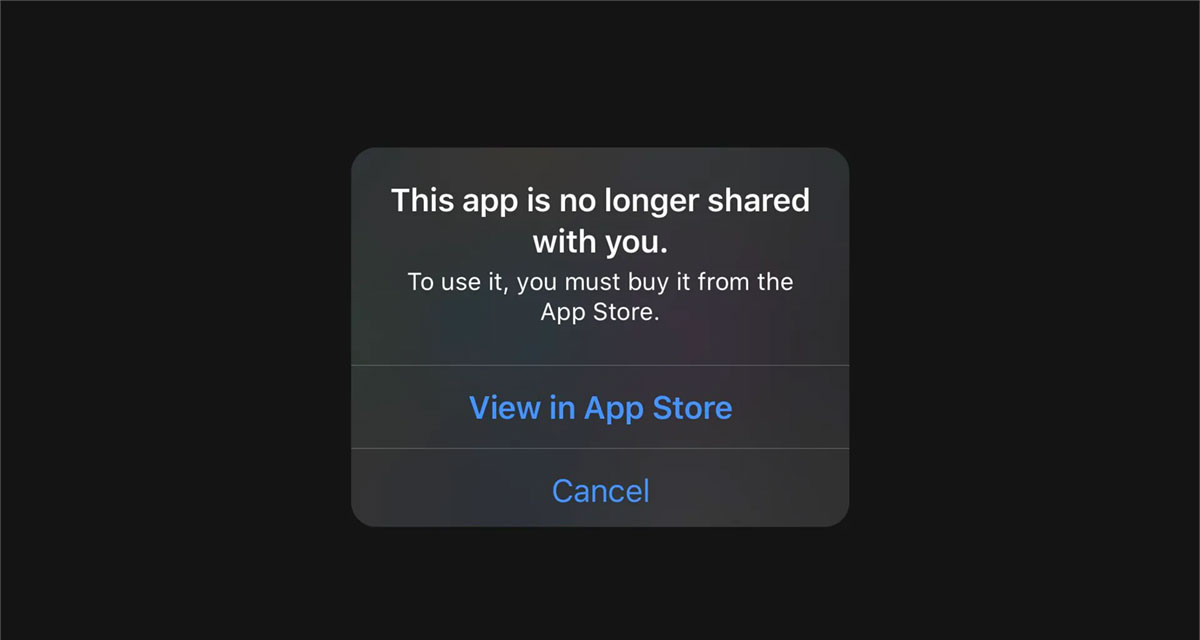 People across social media have been reporting the issue for a day or so, with users told to “View in App Store” by the prompt dialogue. When they do that they’re prompted to open the app which, in turn, takes them back to the same message.

It isn’t clear what the actual issue is here but it doesn’t seem to affect just iOS 13.5. Some users who are using iOS 13.4.1 are also experiencing the same problem, according to reports. It doesn’t impact all users or all apps either, with those from Google and Facebook particularly affected. That could just be a sign that those are the most used apps across the world, however.

As for fixes, it seems that deleting the app and then re-installing it from the App Store again does fix it for some people. If you’re worried about losing any data you can also try offloading the app rather than deleting it. The act of re-installing it afterwards does seem to return the app to a fully functioning state for those who have tested it. @AppleSupport has also suggested the same workaround for now.

We’d love to help! To resolve this without data loss, go to Settings > General > Storage > App (select app which has issue). Then tap “Offload App” and then tap “Reinstall App”. DM us if the issue persists, and we’ll continue there.

@AppleSupport iOS 13.5 is causing many of my apps to give me a “this app is no longer shared with you.” Error. Have to reinstall all of them!

@YouTube this is hilarious! I can’t use the YouTube app as it’s no longer shared with me… pic.twitter.com/quXJRe3UUL

A full fix is likely something Apple will need to do server-side. Hopefully that’s already in the works by the time you’re reading this.