A short while ago, Apple released OS X 10.10.3 Yosemite, which brought with it a number of new features including a broader range of emoji icons, and a revamped Photos app to replace iPhoto and Aperture. As with most updates of this nature, though, it also included some new issues apparently overlooked by Apple – namely a really sluggish boot-up time. To remedy this, an OS X Yosemite 10.10.3 Supplemental Update has been issued, and you can catch the full details after the break.

Like iOS 8.2, which added features but also brought a deluge of new problems, OS X 10.10.3 has not escaped the scrutiny of its user base. The iCloud integration with the all-new Photos app has been great, as have the many new emoji to have joined the party. But a video driver issue has left many with boot-up delays, and thankfully, Apple has now rectified the situation. 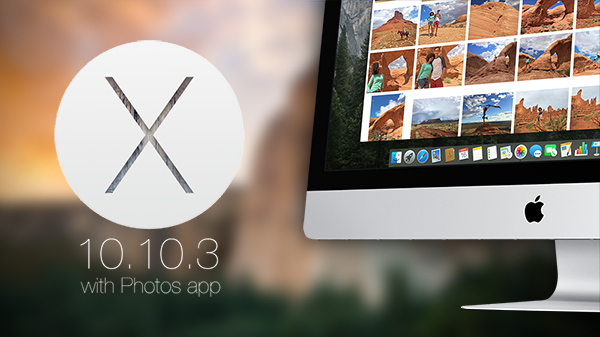 If you want to grab the Supplemental Update, you can do so by launching the Mac App Store then clicking on the Updates tab. It’s probably worth mentioning that while this update should fix the problem related to start-up, you will need to actually restart your machine for the changes to take effect.

Apple’s desktop and notebook OS is famed for its slick start-up, with boot times in the single digits for most modern machines. However, with the initial drop of OS X 10.10.3, some were reporting delays of up to and over 30 seconds, and even our own MacBook Pro here was taking around half a minute to warm up.

Late last week, we also compiled a guide that fixed the issue, but even if you had success with the tutorial, grabbing the Supplemental Update is very much advised.

Along with Photos and emoji, Apple has also thrown in two-factor verification for Google apps with OS X 10.10.3, so if you’re still sitting on an earlier version of Yosemite, do snag the latest release via the Mac App Store.

Let us know how you get on via the comments, it’s always great to hear from you!