Did iOS 8.3 Fix Battery Life Drainage Issue For You? [Poll]

iOS 8.2 was fraught with issues, and among them, battery life suffered for many. Where minor glitches can often be swept under the carpet or swiftly remedied with a quick fix, a rapidly-depleting battery is not quite as easy to ignore. iOS 8.3 has since arrived with plenty of fixes and improvements, and has greatly improved battery life for our devices, but has updating had a similar positive effect on your iPhone, iPad or iPod touch’s retention? Cast your vote below!

iOS 8.3 is perhaps the biggest bug-fix update we’ve seen rolled out, aside from those which jump a whole version number. A large number of security patches were applied, which has wrought havoc with the jailbreak community, but for those accustomed to using stock software, performance has greatly increased. 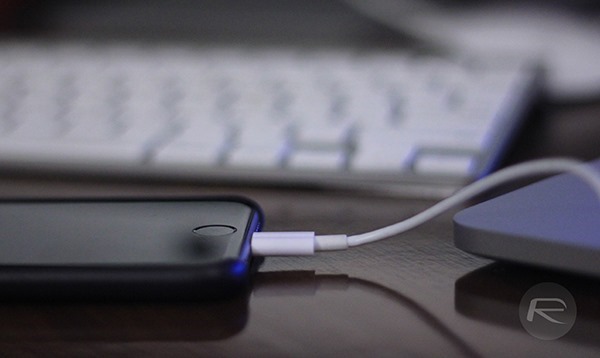 As you can see in a side-by-side comparison of the battery usage statistics on one of our iPhones with heavy usage, the improvement on iOS 8.3 versus iOS 8.2 is significant. Before the update, a near full charge could only muster 6 hours and 48 mins of usage, with 10 hours and 37 minutes of standby time. After downloading and installing the update, the reading was 8 hours and 49 minutes of usage, and a total of 19 hours and 1 minute of standby time. 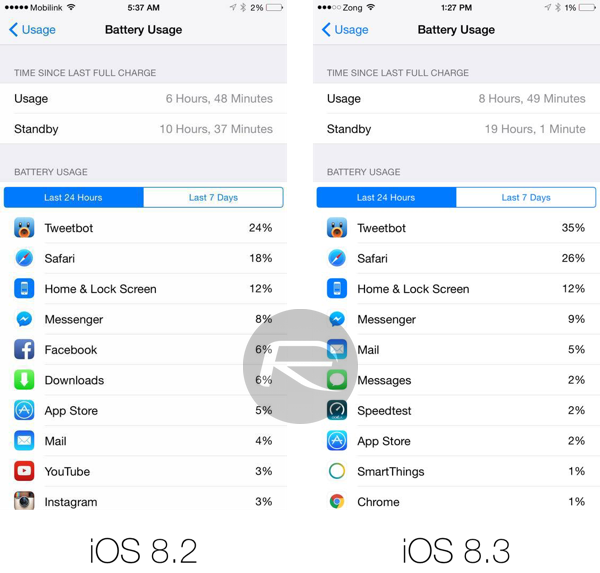 The gulf is significant, and while iOS 8.2 was strewn with faults, many have now since been resolved. For us, as you can see, unreasonable battery drainage is no longer an issue. But here, we’re asking you – our wonderful readers – whether you’ve also seen any enhancement.

You mightn’t have recalled your exact statistics from iOS 8.2 to compare them with now, but given the major differences in our findings, it’s likely that you’ve seen a noticeable increase. Whether you have or haven’t, please do vote in the poll, and let us know if iOS 8.3 has worked a little magic for you.

iOS 8.4, for those who aren’t aware, is already in beta, and will be the next major update to Apple’s mobile software. Featuring a revamped music player, it also offers a few bug fixes of its own, and here’s hoping it doesn’t undo any of the battery gains that are currently being enjoyed by those on iOS 8.3.