Microsoft’s proprietary Internet Explorer Web browser has been around for many years, but despite having been bundled with every version of Windows since the very early editions, it has lost considerable appeal when compared to Google’s Chrome and Mozilla’s Firefox. Thus, the software giant has been preparing a radically-improved surfing client codenamed Spartan, and true to its name, the Spartan browser appears much more powerful, robust, and ready to cope with the demands of the modern Internet user. After some tidbits of info, we now have our closest look yet at what Microsoft is prepping, and below, you can check the key details.

Windows 10 seems a very progressive update to the famed operating system, and from what Microsoft has been saying, it’ll essentially tie in the various platforms that the company currently has running. But as well as the amalgamation, there’ll also be a sizeable dose of new features, and the Spartan browser seems to be among the focal points of Windows 10 in general. 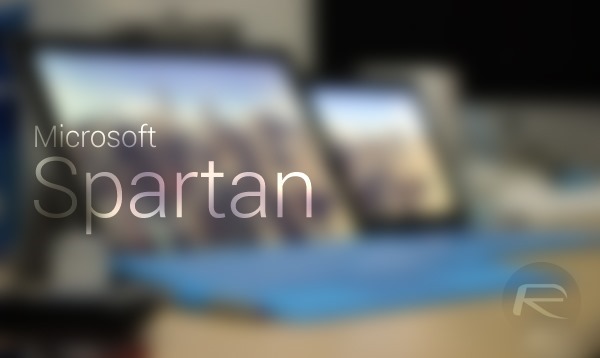 ‘Spartan’ is just a codename for now, although you have to admit, it’s a pretty cool title that could prove popular if it stuck. But getting people’s attention with a catchy name is just the start, and as the folks at Neowin have discovered, Microsoft’s new browser includes plenty of interesting and useful features that could sway consumers from the likes of Chrome and Firefox.

Neowin’s report includes leaked screenshots, which show a browser sporting a look rather similar to other modern day browsers. It’s a certain departure from the aesthetics of IE, and rather than being mockups, what you see here are legitimate, authentic screenshots of Spartan at its current duration.

The most important aspect, arguably, of any browser, is not appearance but speed. Supposedly, Spartan is nippy and fluid, which is definitely encouraging feedback, and with further development, should feel slick to the end user when rolled out with Windows 10. Whether it’ll compete or exceed competitors in terms of performance is hard to gauge at this stage, particularly since Spartan is still in development, but we’ll surely learn more over the next couple of months as more info hits the blogosphere.

At this point in time, there’s no sign of Cortana, but as time progresses, the voice assistant will likely be baked into what is shaping up as a very promising browser indeed.

What do you make of Spartan, based on this first look? Do share your thoughts and comments with is below!