Cortana Voice Assistant For Windows 10 Shown Off On Video

Windows 10 is set for release some time next year, and there are a number of features which Microsoft still hasn’t officially announced yet, with Cortana being one of them. A newly surfaced video shows us for the first time what Cortana will be capable of on Windows 10.

The feature, as demonstrated in the video, is by no means a finished one, and you might think that the UI leaves a lot to be desired; however that will change with the final release of Windows 10 as well, where Cortana will be more than just a demo feature. 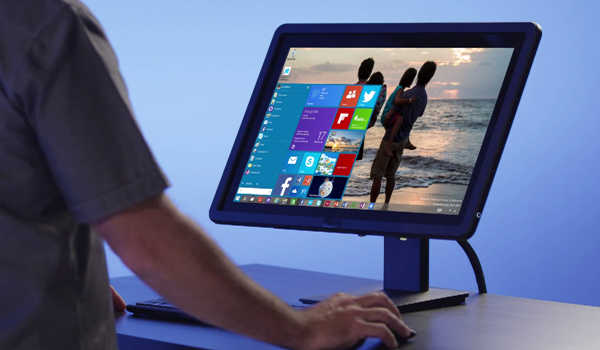 Cortana in Windows 10, is set to offer all the functions that it serves for the Windows Phone OS. Reminders, Skype calls, adding events to calendar, setting alarms, checking location / map, weather, launching apps etc., are all functions that Microsoft plans to include for the desktop version of Cortana as well.

Being a demo feature however, Cortana is limited to actually being productive in her current state. While Cortana will process your voice commands, when it comes to for example adding events to your calendar, she will lead you on but prompt an error when an actual calendar entry is about to be made. Reason being, that in her current form, Cortana is not interfaced with the Internet / servers. 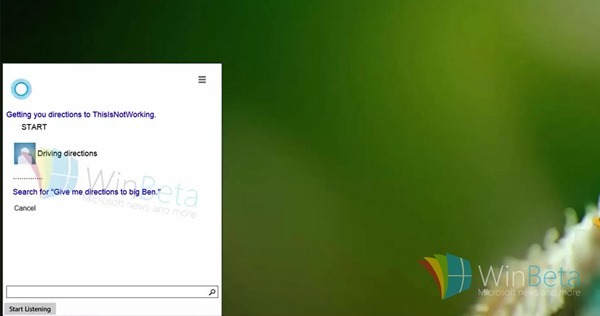 In her current form, you can’t make small talk with Cortana for now, so if you ask her questions like “How’re you doing?” or “Who are you?”, you will be shunned away. However, According to WinBeta, Cortana was able to easily understand all the commands thrown at it as seen in the video, but don’t expect Microsoft’s voice assistant to be on the chatty side.

Apparently, you need to hit a ‘Start Listening’ button to activate Cortana, and there is no hands-free way to go about it. We can cross our fingers for voice-activation with the final Windows 10 release, but we will have to wait and see if Microsoft gives us that ability.