Despite some major improvements in recent times – particularly with the latest and greatest iOS 8 – Apple’s famed mobile platform is still lacking in many regards. True multitasking is something that many Android and Windows tablets offer as standard, but on iOS, you can only interact with one app at a time, in spite of the iPad’s 10-inch display. Thankfully, the jailbreak community offers some respite from the constraints of stock iOS, and one renowned dev has teased a tweak that would offer true multitasking by means of side-by-side app windows. Check it out below!

There’s been endless talk of the so-called iPad Air Plus, which may or may not hit the market this year. With a larger display and stronger processor, the purported device will deliver a higher-end experience that could also offer a multi-window UI, although until we know for sure, we’re once again reliant on jailbreak developers to deliver the solutions.

Hamza Sood is renowned for his digging into iOS betas to find hidden features, but his talent also extends to
creating great tweaks, and he’s just teased a rather intriguing effort called SideBySide. As the name suggests, the tweak allows apps to run alongside each other on both iPad and iPhone, and can be accessed via simple, predetermined Activator gestures.

This certainly isn’t the first time a jailbreaker has tried to bring a more substantial multitasking solution to iOS, but it’s among the most appealing, although the downside is that Sood hasn’t yet decided to go ahead with developing and releasing it. 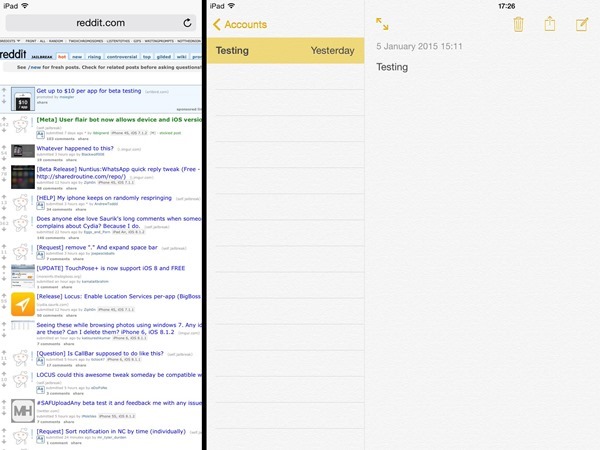 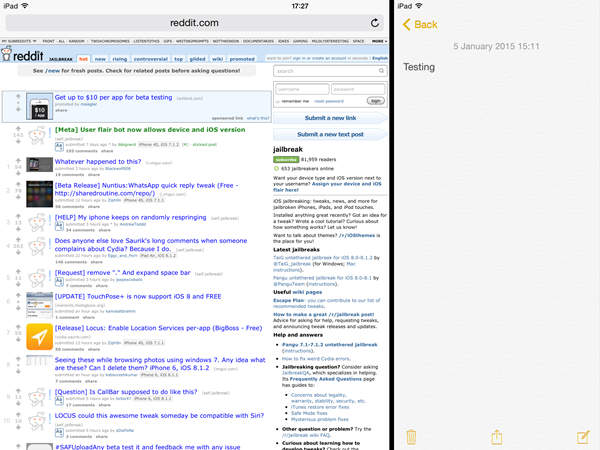 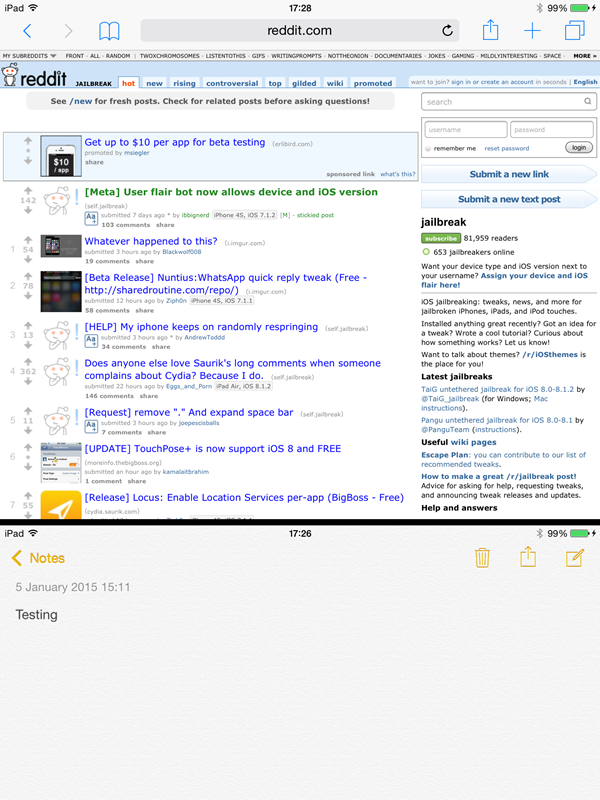 With ReachApp having garnered success, he’s having second thoughts about bringing the decidedly similar SideBySide tweak to the fore.

It’s easy enough to use – you simply select the two apps you want to run side-by-side and go – and rather than being a 50-50 split, you can seamlessly adjust window sizes to prioritize one app over another.

Any tweak that flows like a native feature tends to be a winner in our eyes, and we can only hope that Sood does decide to press ahead with the development of this one. It’s not as though Cydia is short of great tweaks – quite the opposite, in fact – but when you combine a novel idea with a talented developer like Sood, magic tends to happen.

Would you use a tweak like SideBySide on a daily basis?