Leakers gonna leak, so it never comes as any surprise to us when we see unreleased hardware crop up online. And this time it’s the iPad Pro – also known as the iPad Air Plus – once more. More details can be found right after the break.

Rumors of a pro-oriented iPad have been abound for quite a while now, but this is definitely the closest we’ve come to a real, tangible leak, and it just so happens to give us our first look at what the iPad Pro / Air Plus may look like. 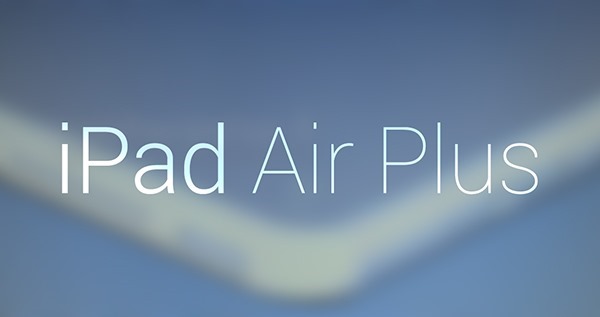 Supposedly leaked by a Foxconn employee, the photograph of what appears to be a sketch of the iPad Pro shows two edges of the device with one of those appearing to show the iPad Pro’s sleep / wake button. Notably though, alongside that button is what appears to be a speaker grill, which brings us to another important detail: the iPad Pro looks like it is going to have four speakers, two on the top and two on the bottom. That explains the grill seen in the sketch then.

Based on knowledge shared by the same Foxconn employee the new iPad Pro / Air Plus will be between 7.9mm and 7.5mm thin. The source also says that the testing phase for the larger iPad was halted after Apple received its latest round of prototypes, and that mass production is due to start soon. How soon that will be is anybody’s guess, however.

Existing rumors have the iPad Pro / Air Plus featuring a 12.2-inch display with 2GB of RAM and an A8X CPU that should see the larger tablet live up to its pro-oriented billing. The larger device is something that some Apple iPad fans have been asking for of late, though it is debatable how mainstream any 12-inch tablet will be.

With current rumors surrounding the iPad Pro starting to reach the boil, it’s starting to look like Apple is at least getting close to making a decision on the device. If it never does come to fruition, it’s fairly safe to say that it was at least knocking on the door.