Microsoft may be working to move the Nokia brand away from its high-end and mid-range Windows Phone devices, but it is still more than happy to keep Nokia as the face of its feature phone and low-end smartphone market. The latest entrant into the Nokia side of the family is the Nokia 215, a phone that Microsoft says is its cheapest Internet device yet.

Set to go on sale in the Middle East, Africa, Asia and also Europe, the Nokia 215 will cost just $29 and will be powered by Nokia’s Series 30 mobile operating system. Despite the less than exciting software, the Nokia 215 will apparently have support for apps such as Twitter and Facebook while also packing the Opera Mini Web browser right off the bat. 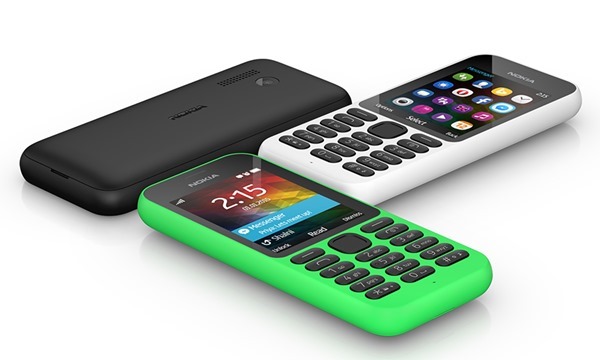 Unfortunately that Web browser might not be the quickest way to access the internet thanks to the phone’s 2G hardware, but considering the super low price we mentioned, it’s hard to find anything at fault here. That 2G radio as well as the small screen means that the phone won’t need charging for almost a month, thanks to its 1,100 mAh battery, which is the kind of feature that those with smartphones have all but consigned to memory. 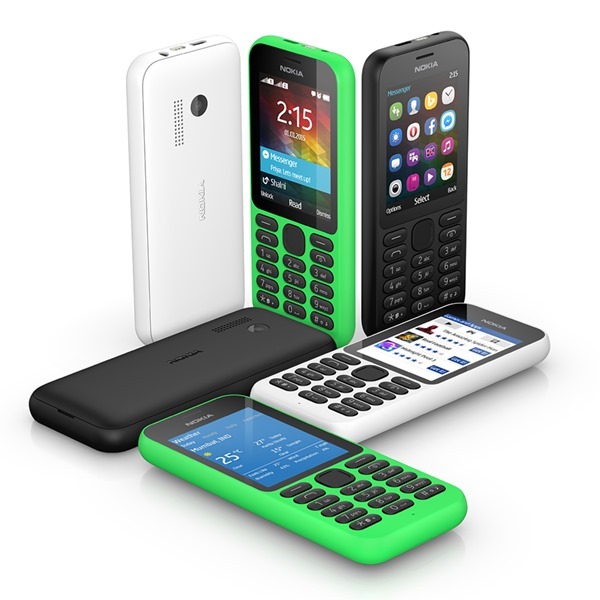 The phone’s other party piece is its dual-SIM capability, meaning anyone willing to overlook its shortcomings will be able to use the Nokia 215 for both business and pleasure should the need arise. To that end, the handset also features 2GB of on-board storage as well as a microSD slot with support for an additional 32GB which is nice if you want to carry some multimedia content for yourself while you’re on the go. 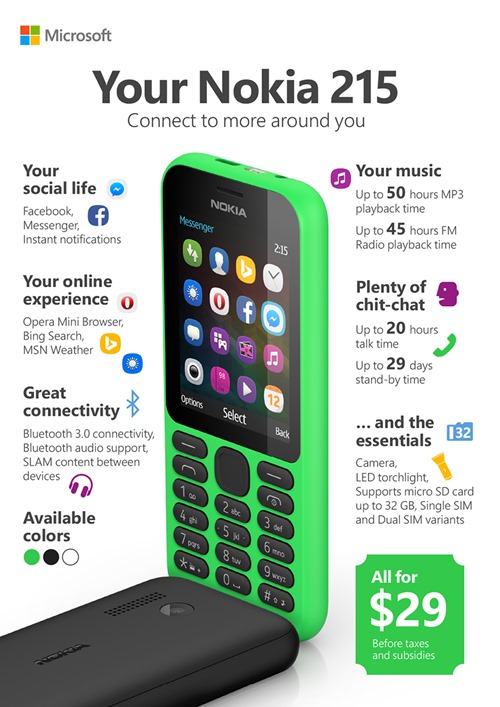 Here’s a full list of the technical specifications of the device itself: 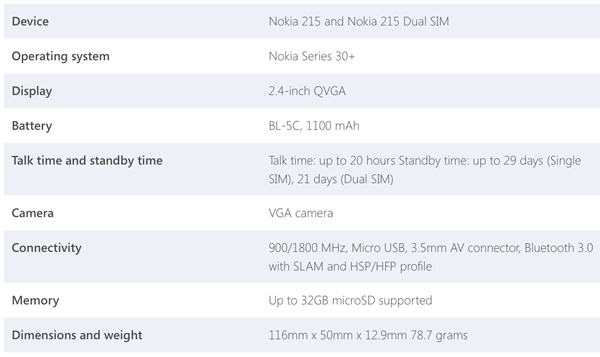 It may not be setting our pants on fire, but the Nokia 215 could be an important device to many in emerging markets. The new handset goes on sale in the first quarter of 2015 and will be available in Bright Green, White and Black.