The First ‘Microsoft Lumia’ Branded Smartphone Has Been Released [Video]

The first Microsoft Lumia branded smartphone has been launched, and is called the Microsoft Lumia 535. Microsoft had been working towards pushing out a Lumia-only smartphone without the Nokia branding for quite a while, and we had been teased with quite a few reports on the arrival of this device earlier.

The device was announced to be released on the 11th of November and that day is here. As was speculated earlier, the new Microsoft Lumia 535 is not a high-end device but is pitched at as a budget device with its 5-inch display and 5MP rear shooter. The device is running Windows Phone 8.1 and comes loaded with the Lumia Denim update right out of the box. The phone integrates Microsoft experiences such as Skype and OneNote for free in an attempt to bring these technologies to more people at an affordable cost. 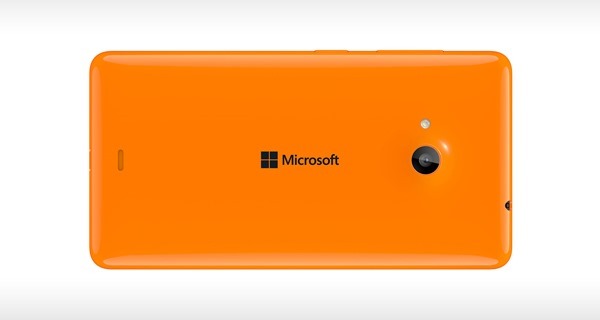 The device is powered by a Snapdragon 1.2GHz quad-core processor coupled with 1GB of RAM which should prove more than enough for a plethora of games and multimedia apps available on the Windows Phone Store, so in case you are looking for a smartphone which allows for basic Skyping experience along with a few occasional games.

As for storage, the Lumia 535 offers 8GB of on-board storage, but comes with the option to expand memory as well, letting you slide in a microSD card up to a maximum of 128GB. For cloud storage needs, Microsoft has bundled a free 15GB OneDrive package as well. 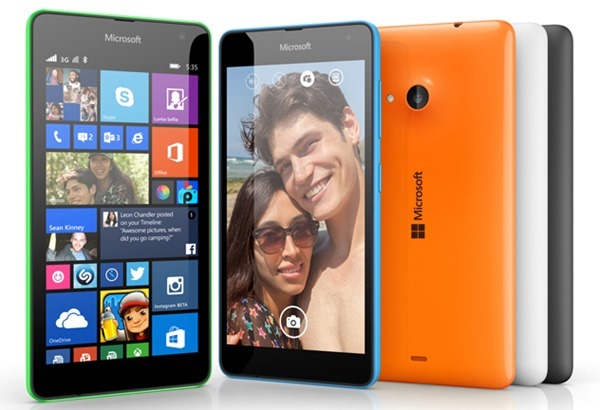 Targeting the mid-budget market of smartphones, the phone is 3G capable and comes in two variants: single SIM and dual SIM.

We have come to know Lumia devices for their crazy and bright color schemes as well, and the 535 carries on with that tradition. The device is available in cyan, neon green, bright orange, white, dark grey, and black. 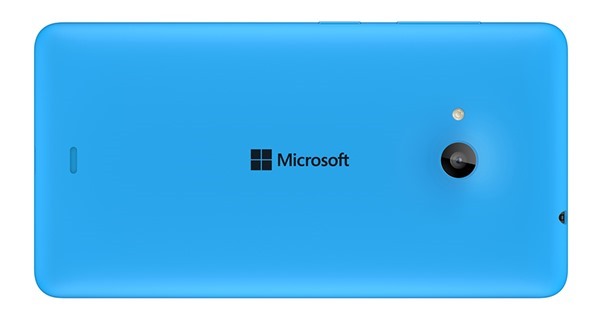 From the photos released we can see that the device has not opted for the Lumia stamping either, and we are likely to see that continue on future devices, with just the Microsoft emblem on the front and back of the phone. 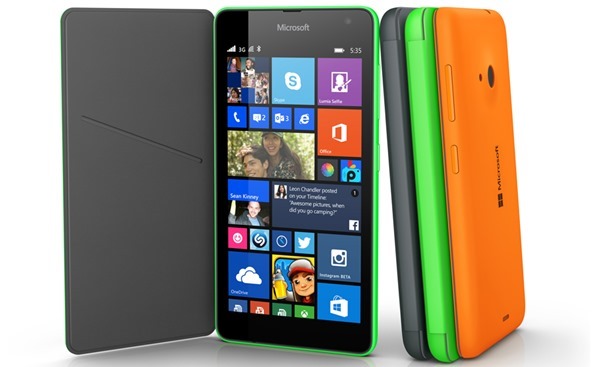 The Lumia 535 is by no means a ‘super phone’ where an array of newer and even older smartphone devices can run circles around it, but the device has the latest OS to offer and pretty much all the basic facilities you would find in the current generation of smartphones.