We’ve seen notebooks coming in from Apple that start at 11-inches with the MacBook Air, so when faced with the prospect of a 12.2-inch iPad you just can’t help but wonder how this stellar tablet will stack up against the existing lineup of Apple’s iOS based devices when it comes to size. Well, here’s a look into what could potentially be the future.

The Apple rumor mill is up and running once again, and this time it’s the iPad Pro or iPad Air Plus – as it has come to be known lately – that is churning up newer speculations at an increased pace. It’s been a while since we’ve been reading about Apple secretly designing a newer, larger iPad – one that could beat Microsoft’s Surface Pro lineup at its own game. 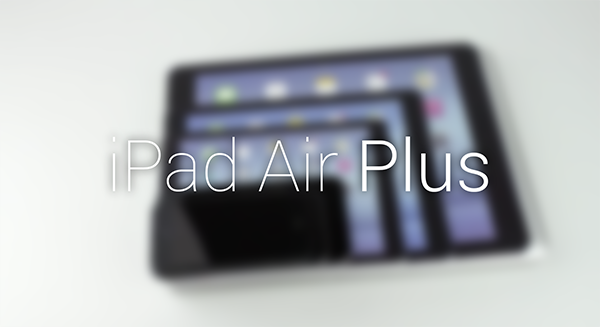 Coming in from YouTube user Canoopsy, a mockup of the iPad Air Plus has been compared with a bunch of iOS devices, and to get an even better grasp on the ‘bigger than even bigger’ size of the tablet, it’s been compared to what looks like a MacBook Pro as well. Where the progression from iPad mini to the iPad Air looks subtle, it does seem the same when the iPad Air is put up against the Air Plus, with the latter seeming to be slightly larger. However, when compared to the MacBook Pro, you truly understand how huge the tablet actually is with it dimensions of 305.31 x 220.8 x 7 mm (12 x 8.7 x .28 inches).

It was only a few days back that the schematics for the iPad Air Plus were purportedly leaked by a Japanese magazine which cited the tablet at not sporting a 12.9-inch screen as it was believed earlier, but rather a 12.2-inch one, which is still more than enough to dwarf the iPad Air 2. There are rumors of an A9 processor from Apple being used as well, but we’ll have to wait for further confirmations on that.

Being Apple’s largest tablet – if it is released – people are speculating that given the hardware prowess and the screen real-estate on the tablet, Cupertino may be looking to run the so-far desktop-only Mac OS X on the tablet, in addition to iOS.