How To Add Cool Animations To iOS 8 Multitasking Switcher [Video]

If you’re a fully paid up member of the jailbreak fraternity then you always have your eyes open for new ways of customizing your iPhone or iPad. If there is one good thing about Cydia, it’s the myriad of different apps and tweaks that make it easy to stand out.

A new jailbreak tweak has been released that takes the somewhat boring iOS multitasking interface and adds what Apple is usually known for – a spot of spit and polish. 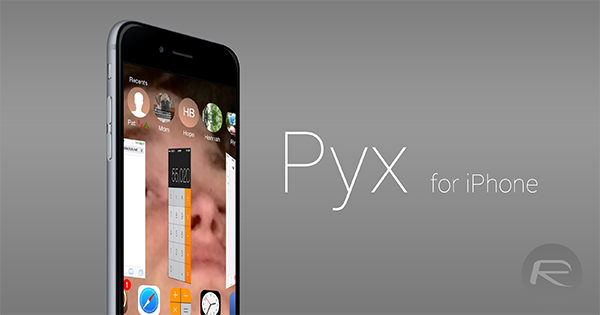 Called Pyx and costing less than a dollar via Cydia, the jailbroken app store, this tweak adds a whole range of different animations to the existing iOS multitasking interface. With Pyx installed, the card-based metaphor that iOS uses for its multitasking view can be mixed with one of a host of animations ranging from bounces, to flips, to spins, The result is that as users slick through their multitasking apps, the card-based app previews move in and out of view in wildly different ways to the stock iOS implementation. 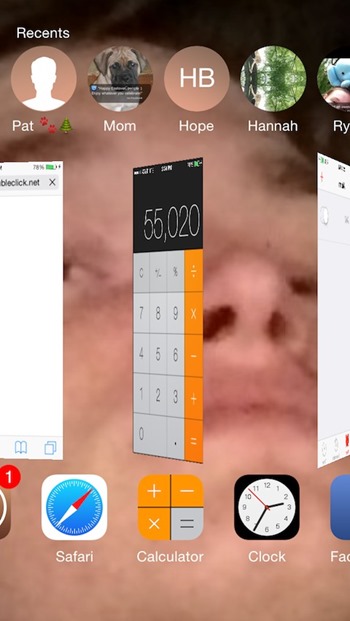 We can try and explain what Pyx is capable of until we’re blue in the face, but the best way to get across how the tweak works is in video. Luckily that’s exactly what the developer has done, and we’ve embedded it for your viewing pleasure. You’re more than welcome, dear reader.

The different types of animation can be selected via the built-in iOS Settings app, and will be sure to keep those who enjoy tinkering entertained for quite some time. If you’re always on the lookout for different ways to make your iPhone stand out from the crowd then you’re probably going to want Pyx in your arsenal. 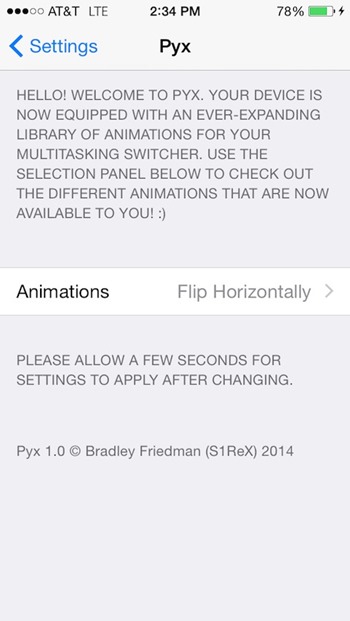 As mentioned earlier, Pyx can be downloaded from Cydia housed under the BigBoss repo, and it costs just a dollar, which, in our opinion, is a bargain.