12.2-inch iPad Air Plus Leaked, Here’s What It Looks Like [Image]

Some rumors just won’t die, and as the old adage suggests that there’s no smoke without fire, we’re starting to think that there just might be something to all these iPad Pro rumors. The latest bout of scuttlebutt has the larger, more well-endowed iPad due to arrive in stores between April and June of 2015, which the last time we checked a calendar was May.

The rumors this time around comes from Japanese magazine MacFan with online publication MacOtakara adding its own slant to proceedings. If the two are to be believed, the larger iPad will actually be called the iPad Air Plus and will come in a 12.2-inch flavor that will dwarf the existing 9.7-inch iPad Air 2. Rumors have the new tablet resembling the current Air as well as the latest iPad mini as far as overall design is concerned, but it’s the internals that are the most interesting here. Reports are now claiming that the Air Plus will feature an all-new A9 CPU, an upgrade from the current A8X offering that powers the iPad Air 2. 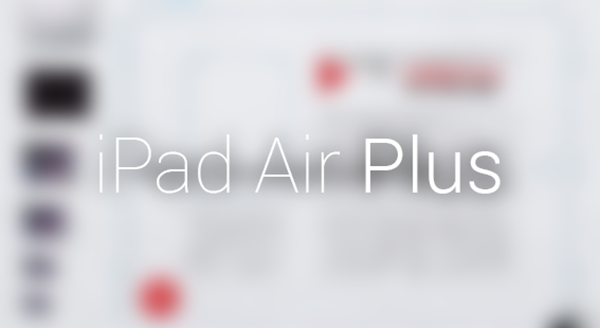 Alongside that new CPU, rumors have the iPad Air Plus coming with dual top and bottom speakers which should ensure the new tablet has suitably upgraded audio abilities when compared to the rather lackluster output offered by existing iPads.

Beyond the oft-rumored larger iPad, new claims also have the iPad mini set for a refresh at the same time, this time more closely resembling the design of the latest iPad Air 2 – so expect a thinner, lighter iPad all around. It’s suggested that the existing iPad minis will be killed off when the iPad mini 4 arrives, too. 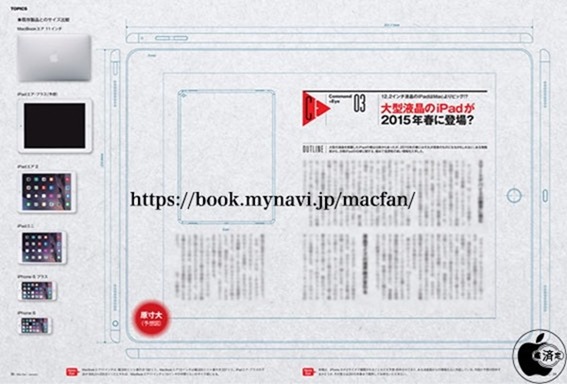 With a good six months to go before we know for sure it’s a safe bet that things could well change between now and then. We wouldn’t want to put too much money on any of this being accurate, but at this point we think the fact that Apple is working to bring a larger iPad to market is pretty much a given.