It wasn’t merely coincidence that Samsung opted to launch its eagerly-awaited Galaxy S III device in London earlier this month, since it’s a major sponsor of the Olympic Games, and as you’re most probably aware, London is 2012’s hosting city. The device will likely be pushed into the faces of those tuning in to watch the events, and even though there a couple of months still to go before the opening ceremony, the Korean electronics company has already kicked things off by offering free Olympic tickets to the first 50 owners of its flagship device.

Available only to those who’ve pre-ordered, the tickets will be dished out among the lucky first 50 customers to purchase the device from the Samsung store Westfield Stratford City, London. The shopping center, which has only just been built, will likely be met with frenzied Galaxy fans as it begins retailing the device at 6PM on 29th May. 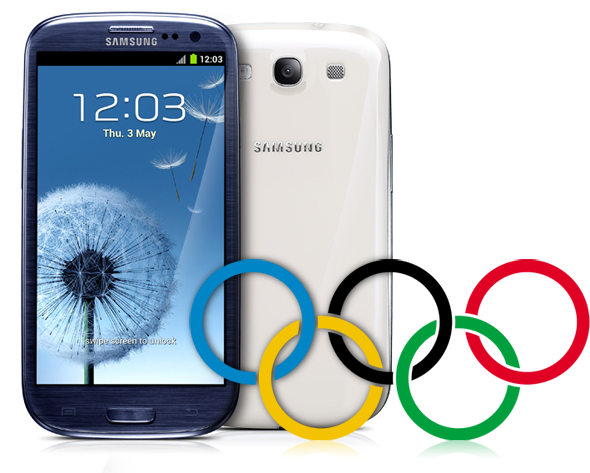 This period of time is certainly tantalizing for those itching to get their claws on the latest device. Having revealed it on the 5th of this month, consumers have had to be content with various video reviews and hands-on previews, teasing them until it goes on general sale. It’s a long three weeks, and although the device was met with mixed reviews by the tech world, with nearly 10 million pre-orders and counting, it looks set to be another hit – taking the baton passed on by the S II.

Despite boasting a sleuth of exclusive features and perks, the Android community has already extracted most of its treasures and shared them out, the most notable being of course S Voice. The feature, which bears striking similarities to Siri (we didn’t say copying, now did we?) is under stably the most sought after, and thanks to a little tinkering from those in the know, it now works perfectly on many non-S III devices.

The lucky few who’ve given it a test drive seem to believe S Voice actually works better than Siri, but in my humble opinion, voice recognition isn’t really the be-all, end-all when looking at a smartphone – particularly when the hardware is as tasty as the quad-core processor and Super AMOLED HD display of the S III.