The Calendar app for iOS is, as native utilities go, pretty darned good, but throughout the App Store, there are remain dozens of alternative options available to those in search of a more versatile feature-set. Fantastical, which was released for the iPhone back in 2012, has long since been considered among the very best in the business, and with Fantastical 2 dropping late last year, things improved dramatically. Now, a version specifically tailored to the iPad has been rolled out by developer Flexibits, and as you’d imagine, it takes full advantage of the additional real estate offered by the Apple slate.

The original release of Fantastical showed the world precisely how calendar app should both look and function, and even though it seemed like the complete package, Fantastical 2 pleasantly surprised us with a deluge of new features. As well as updating the user interface to suit iOS 7, Fantastical 2 brought a host of useful enhancements, including seamless integration with the iOS Reminders facility, location-based reminders and Week View, which as implied by the name, allows a user to monitor the schedule of the immediate future. 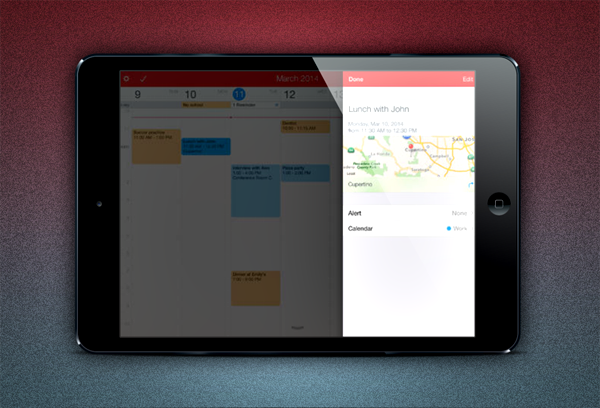 The iPad edition has been built in the image of its iPhone-bound cousin, but looks all the more stunning on the big screen. It’s arguable that certain types of apps will always be better suited to a tablet over a smartphone, and when it comes to keeping atop those daily errands, the iPad version of Fantastical 2 makes it just that little bit easier to view, add, edit and check tasks as you go along. 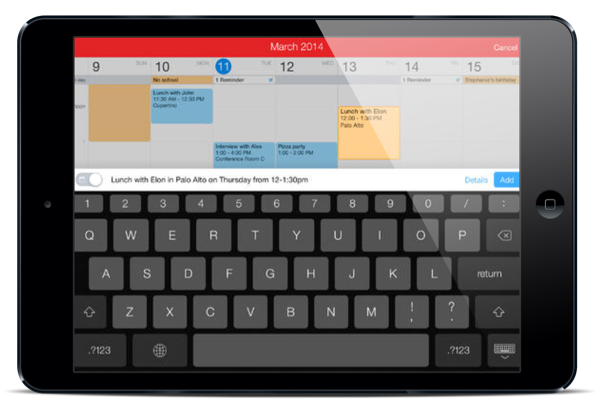 Fantastical 2 for iPad is not the cheapest app out there, by any means, but the reputation of the iPhone version speaks for itself. Flexibits has established a strong, loyal user base over the past 18 months, and having meticulously reworked the app from the ground up, iPad users will not be disappointed. 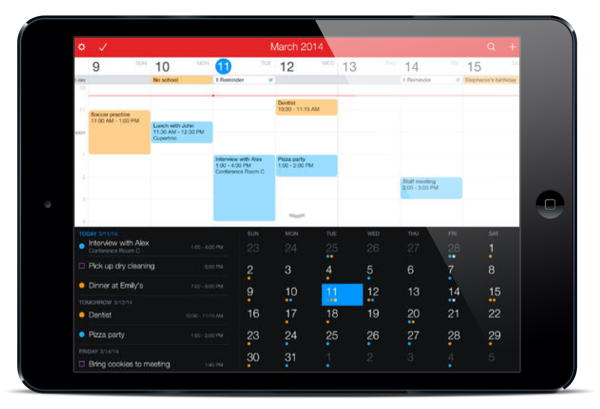 At $9.99, though, we think that Fantastical 2 for iPad offers incredible value for money, and with a launch discount of 33%, you’re still saving five bucks off the eventual retail price. 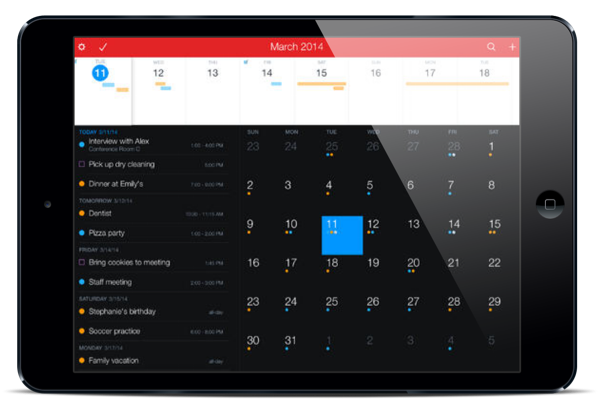 If you’ve been on the hunt for a Calendar app that works for you, look no further than Fantastical 2 for iPad, and if you do happen to download it, be sure to leave your thoughts and comments via the usual mediums below.