How To Get Android KitKat Battery, Signal Bars In iOS 7

Android KitKat has brought some significant changes to the devices of those lucky enough to have seen the update, and as well as enhancing the general functionality and fluidity of the OS, Google applied a bunch of alterations to the UI. Notably, the battery icon and signal bars sport a sharper aesthetic, and if you’re jailbroken on iOS, you can now apply them to your iPhone or iPad.

It’s often the case that graphics such as these are simply plucked from one platform and applied to another because, well, they’re just graphics. But deviantArt user theBassment has reworked everything from the ground up in order to reproduce the KitKat graphics in a way that suits iOS. 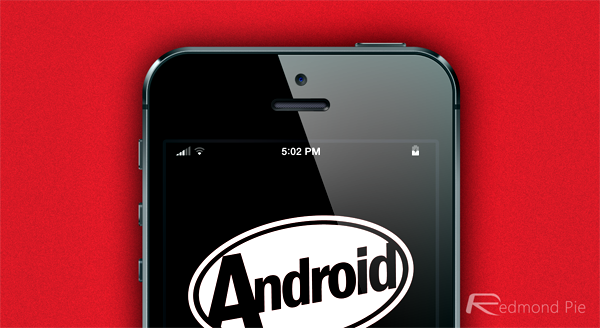 Apple made some visual tweaks of its own with iOS 7, completely overhauling most of the interface in favor of a flatter, cleaner design. The departure from skeuomorphism was met with a considerable amount of skepticism initially, but the consensus seems now to be that Jony Ive’s changes represent a step forward.

Still, it’s in no way perfect, and if you happen to prefer certain elements of Google’s latest flavor of Android, you may wish to try the battery icon and signal bars for size. Sure, it’s only a subtle difference from stock iOS 7, but if you’re particular about every line, corner and graphic gracing your treasured device, then you may wish to check it out. 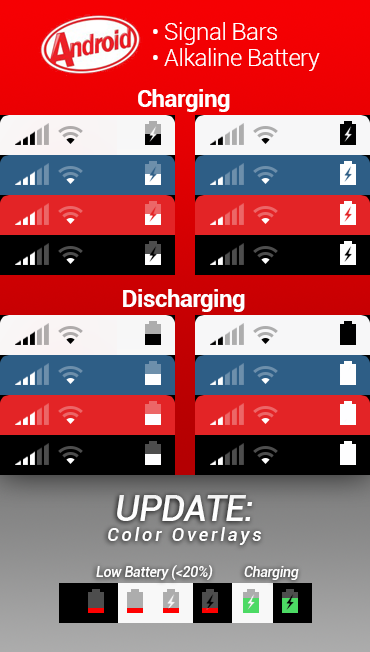 Obviously, you will need to be jailbroken if you wish to toy around with elements of the status bar, and as you might expect, WinterBoard is a prerequisite. Still, if you have the free theming app installed on your iOS device, then you can grab the Android KitKat signal bars and battery icon as a .zip file from theBassment’s deviantART page.

Once downloaded, extract and drop into your /private/var/stash/Themes directory using an app such as iFile, before finally going to WinterBoard and selecting it.