New iPhone 6 concepts are a daily occurrence just now, and even though we think we know that Apple will be going bigger with its next flagship, pinning down a specific design or form factor is proving difficult. As Apple continues to keep its plans under wraps, this gives designers and fans a license to dream, and Sahanan Yogarasa, maker of today’s concept, has done exactly that.

The iPhone 6 design is ultra-thin, packing 2.3GHz quad-core A8 processor, 3 gigs of RAM, and a 16-megapixel camera into the aluminum housing. But aside from packing a vastly upgraded set of tech. specs, the real clincher of this iPhone 6 concept is in its slide-out display, meaning this particular design boasts two 5-inch Retina displays for arguably the truest ‘phablet’ experience to date. 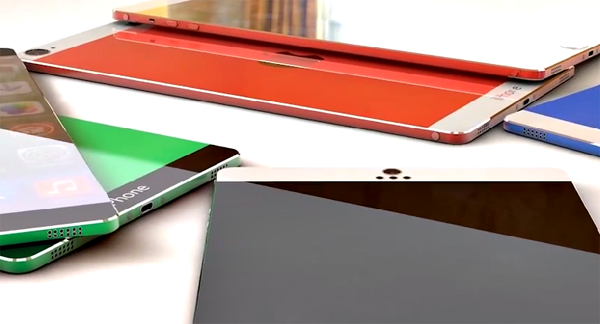 While it may not be a realistically achievable design at this point in time, though, we cannot help but be taken in by its iPad mini-esque beauty, and while some of the concepts we’ve been treated to recently have been pretty safe in terms of making the feature-set seem plausible, Yogarasa’s effort is the unapologetic work of a dreamer.

As if it wasn’t enough to pack in two 5-inch displays, both are 4K, which perfectly accompanies the 4K video shooting capabilities of that aforementioned camera. Even though Apple is unlikely to follow the lead of some smartphones by adding 4K capturing with the next iPhone, the Cupertino company always makes some great improvements to the shot-taking abilities of its prized handset with each new revision, so while this concept is a tad idealistic, we’re still expecting some impressive enhancements later on this year. 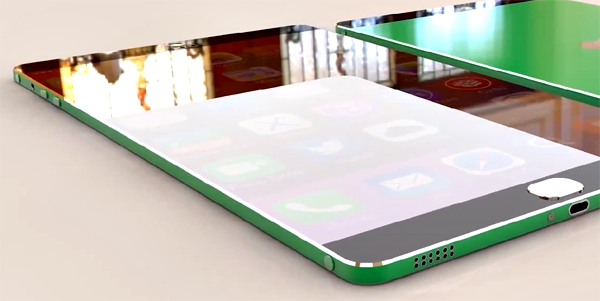 The eagle-eyed among you will have noticed the Cydia icon on the device’s home screen, suggesting the device would be jailbreakable from the get-go. Of course, there’s more chance of Apple releasing this device tomorrow, for free, and running on Android than there is of a device being jailbroken out-of-the-box. But hey, if you’re throwing two 4K screens into a form factor that looks as though it would struggle to hold even a 200 mAh battery, you may as well go the full nine yards and offer a jailbreak to boot!

Check out the videos of this marvelous concept below, and be sure to leave your thoughts via the usual mediums.