Even though our smartphones are getting ‘smarter’ with each and every new release, we, as users, still have to some thinking for ourselves. But even though it’s largely down to us to keep tabs on things like battery and data use, there are still plenty of apps out there that can help, and one of the better ones for iOS has just gone free for a limited time.

DataMan is not only incredibly accurate and thorough, but offers a very palatable user interface that remains in-keeping with the overall aesthetic of iOS 7. Once installed, it not only lets you keep track of how much data you’re using, but can also forecast, based upon your activity, how much you will use in the future. 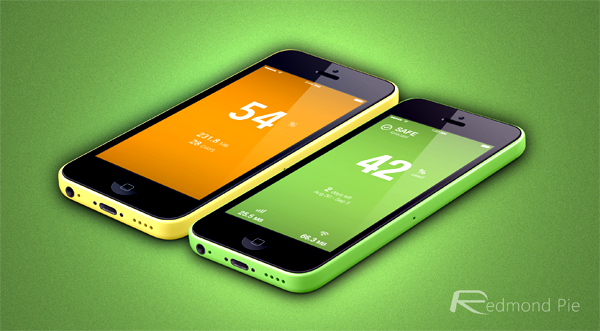 From these readings, you can then assess whether you’ll be able to remain within the data boundaries as set by your carrier, preventing those oh-so dreaded overage charges that can border on extortionate.

Not so long ago, amid the smartphone boom, unlimited data plans were not uncommon. But in more recent years, we’ve seen network operators grow stingier, which has quite a bit to do with the fact that mobile devices are powerful enough to run any kind of streaming app, clogging up the cellular networks and forcing limitations to be put into place. 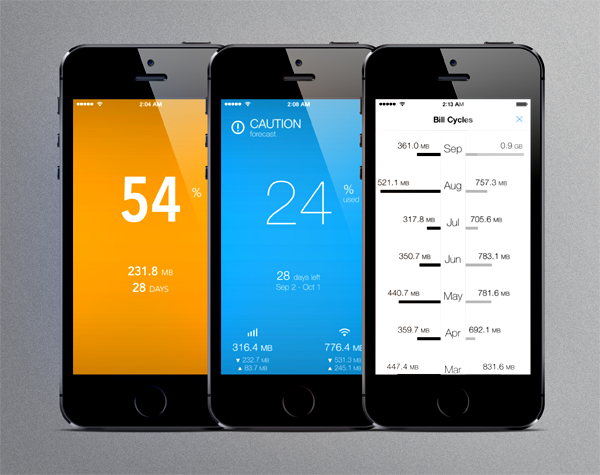 Having a limit is one thing, but often, your carrier will let you continue using data at full-speed, without telling you that you’ve surpassed your allowance and will have to pay ridiculously high surcharges. In these situations, apps like DataMan are invaluable, and as you will see from the screenshots, it most definitely looks the part. 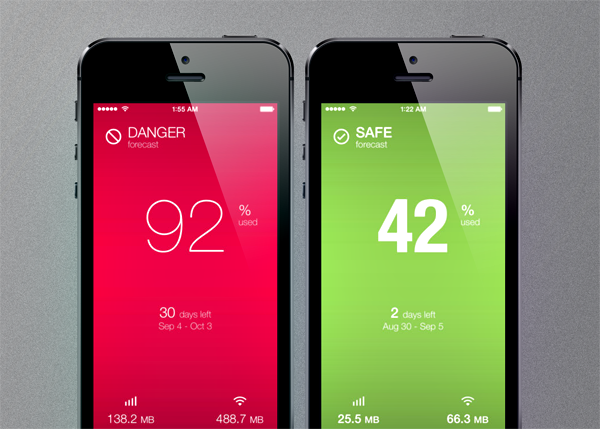 Aside from the minimalistic user interface, DataMan will keep abreast of your data usage whether you happen to be on LTE, 4G, 3G or Wi-Fi, and can be readily adjusted to suit your specific data plan / allowance. It will automatically reset on the pre-selected cut-off date, and with a versatile set of alerts, you’ll no longer be left worrying about whether your next bill is going to contain any nasty surprises.

It usually costs $1.99, but is free of charge until April 4th. Grab it via the link below to save yourself at least two bucks, and if you regularly face overage charges, a whole lot more than that!