You may remember the schematics leaks from a few days back, which supposedly gave us an insight into what Apple was planning with the next iPhone, aptly named the iPhone 6. But while it was certainly questionable as to whether the documents actually shed any light upon the enigmatic device, renowned designer Martin Hajek has turned the sketches and dimensions into some beautiful conceptual renders.

When the schematics first appeared, it was suggested that they could represent an iPhone 6c handset, featuring a polycarbonate finish akin to the iPhone 5c. Even though it’s perhaps not as foregone a conclusion that Apple will ditch its plastic handset as it was prior to the recent update to the roster, it still seems rather doubtful that the Cupertino will go all-out with a 5.5-inch+ ‘lower-end’ device.

As such, Hajek’s concept based on the schematics, which clearly goes flagship with that unmistakably premium finish, makes a great deal more sense. With the HTC One M8 and Samsung Galaxy S5 now announced and ready to be deployed, the route to the iPhone 6 looks as clear as ever, and amid a spike in coverage that has seen an abundance of concepts pass through the blogosphere in just one week since HTC put forth its latest humdinger, Hajek’s is our favorite iPhone 6 concept so far.

The slick, curved finish is very à la iPod touch, and while we somewhat doubt that the current aluminum rear shell will make way for the return of the glossier Gorilla Glass finish, it’s arguable that in this case, it still represents a step forward in terms of overall aesthetic.

Packing an edge-to-edge display, the concept very easy on the eye, and if Apple were to go with something similar to Hajek’s renderings with the eventual iPhone 6, it’s fairly safe to presume that it would go down well with consumers. 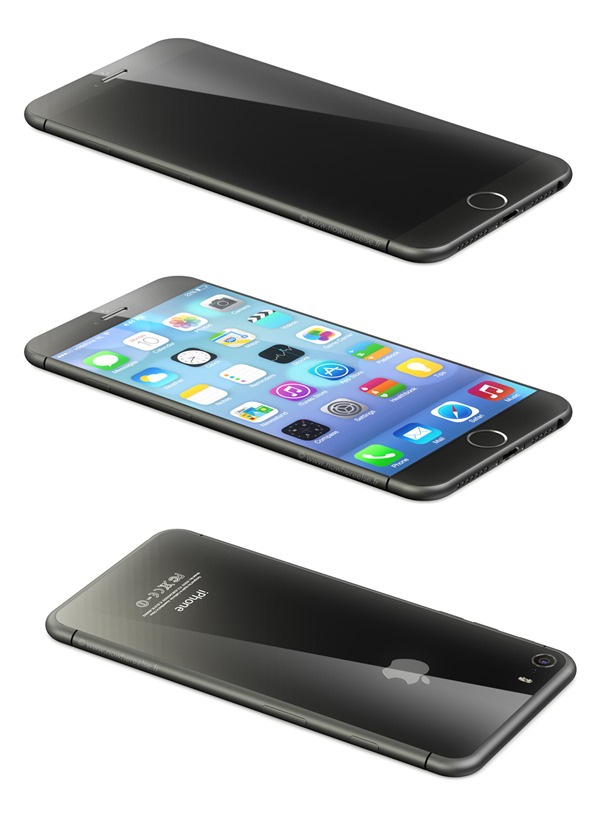 Indeed, all this talk of two iPhones releasing with 4.7-inch and 5.5-inch display sizes has had analysts predicting an unprecedented trend of upgrades later on this year, as well as increased numbers of smartphone users jumping ship from Google’s Android OS.

With the two biggest Droids now all-but out there and only the Nexus 6 and Galaxy Note 4 for company, the stage is set for the iPhone 6 to fulfill its substantial billing, and if Hajek’s renders are in any way close to the real thing, fans of the Apple smartphone are in for a real treat. 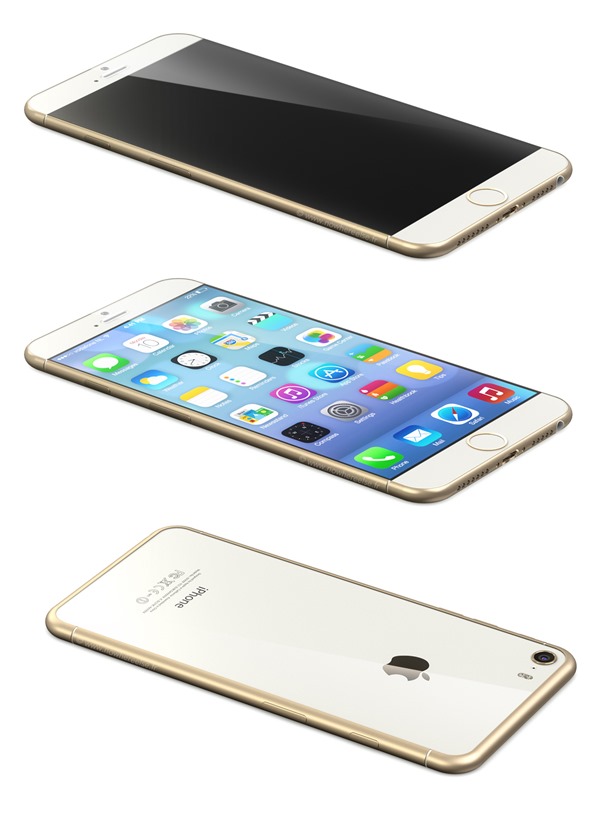