Fantastical Re-Imagines Calendar On The iPhone

We live in a fast-paced, technologically advanced world at the moment and unfortunately for us – or fortunately depending on how you look at things – we always have some task to complete or some chore to run. A large number of people employ the services of productivity based applications that they run on their mobile device to make sure they keep to their commitments and deadlines and others like me just have a list of things to do and when it’s done it’s done. Thankfully, calendars are generally something that we can all beat our drums to and they don’t really come any better than Fantastical creation by Flexibits.

For those of you that don’t actually get down with feature intensive productivity applications to manage every millisecond of your daily personal or professional lives, then smaller and less obtrusive calendar apps are generally the perfect trade-off. Apple do a fairly good job of providing a stock Calendar application that generally has a lot of features that the average user would want but Fantastical has proven so popular on OS X that it has now been brought to iOS, and with good reason. 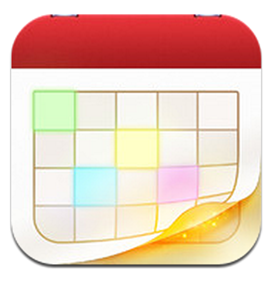 The user interface of Fantastical is a step away from what users will be used to in the standard calendar that ships with iOS. That doesn’t mean that there is anything wrong visually with Apple’s creation but the developers and designers at Flexibits have injected some serious beauty and elegance into this creation and have managed to turn something that is usually tough of as a chore into an exciting and pleasurable experience. Appointments can be created as easily as typing in a string of text such as "write a review of Fantastical tomorrow". The app handles the rest and enters it into the relevant place.

Dictation is also supported for those devices that handle it, meaning that entering appointments has never been easier or quicker for that matter. The included Day Ticker in the application provides users with a unique but extremely efficient way of viewing their schedules for that given day and moves away from the standard method of displaying a list of days or weeks rather than actually concentrating on the appointments. Let’s be honest, the content of the calendar is the important thing. 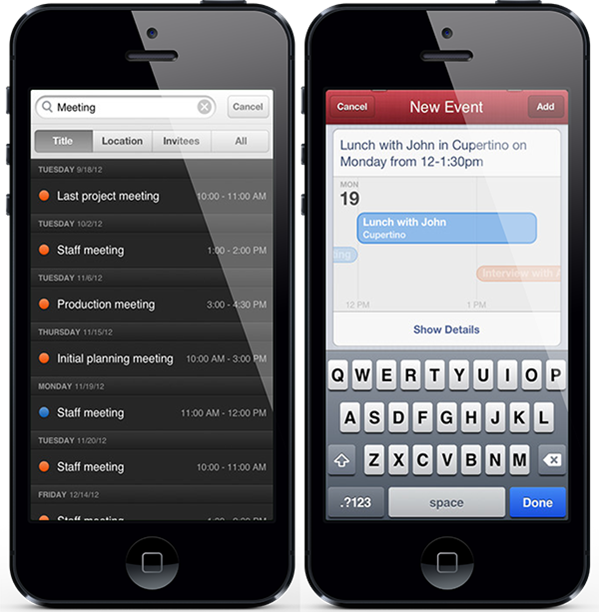 A fast and nimble search functionality is bundled in that lets users efficiently search for an entry within the calendar as well as allowing iOS 6 users to handle and manage their Facebook events directly through the app thanks to the native Facebook integration as part of Apple’s latest iteration of iOS. The calendar has been around for a long time, but when it’s re-imagined and done right it certainly can’t be a bad thing.

(Source: Fantastical for the iPhone and iPod touch on the iOS App Store).