George Hotz, who was famous for unlocking the very first iPhone back in 2007, and remained active within the iOS hacking community ever since, was spotted at iOSDevCamp on Saturday. 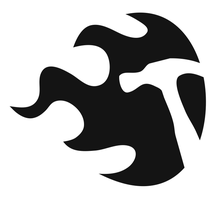 If you’re not aware, iOSDevCamp is a developer-oriented conference about iOS geared towards developers of the platform, set up to encourage collaborative development, where the vast majority of the time spent is dedicated to showing off code developed by attendants. As a major iOS geek, George Hotz, also known as Geohot, was spotted at the conference staring at his shiny MacBook Pro: 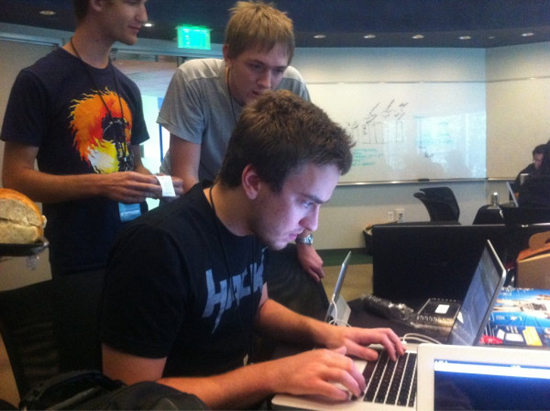 This year’s iOSDevCamp, which is taking place as we speak, has featured many well-known developers from the iOS hacking world, and took place at the PayPal headquarters, since one of the main sponsors of the event has been the well-known online money management company. The yearly conference, which took place between the 15th and the 17th in San Diego, CA this year, featured a contest where attendants could win prizes if they showed the right values, including the amount of knowledge they shared throughout the conference: those who did were given special tickets for a raffle at the end of the conference. Those with the most tickets were then drawn for a special prize.

George Hotz is an incredibly prominent iOS developer, perhaps the pioneer of unofficial iOS software development, long before Apple made it possible for developers to create apps "officially". Back in the summer of 2007, when he was just fresh out of High School, he was the first to unlock the original iPhone, which earned him interviews on many national TV networks. In late 2009, Hotz began hacking the PlayStation 3 after Sony made the console’s software harder to modify. He later released a "jailbreak" for Sony’s console, similar to the jailbreaks that have long been available for iOS devices, which landed him into a fair amount of trouble and eventually a lawsuit with Sony which he later settled.

It was later reported that Hotz, after dropping out of college, joined Facebook to work on a project. While the social networking company has publicly refused to reveal any details about what the new project could be, it’s widely believed to be related to a new mobile experience for the social network. In the meantime, it’s nice to see that Hotz is enjoying himself.