Back in December, we got word that FOX would be teaming up with TinyCo to develop the very first official mobile game for the long-running series Family Guy. Having been on our screens for so many years, it would seem strange that an animation of Family Guy’s stature hasn’t been handed its very own title before now, but for fans of Seth MacFarlane’s iconic comedy show, the teasing screen captures released on Thursday are sure to whet the appetite.

Scheduled to release next month, we already know that the title will be quite strongly based around the stories and themes explored throughout Family Guy’s historic tenure as one of FOX’s flagship programs, and with 212 episodes (and counting) having aired from the get-go, it’s not as though TinyCo is going to have problems filling up a whole game. 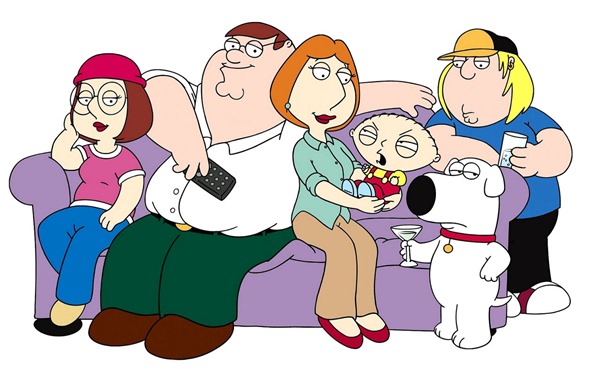 It will be free to download and play, although as is increasingly becoming the case, will almost certainly offer in-app purchases. Part and parcel of apps and games of today, the freemium model is strongly favored by developers looking to generate revenue after the point of sale, and if, as is likely to be the case, the Family Guy game has its own form of virtual currency, the popularity of the franchise alone could see FOX and TinyCo rake in a tidy sum.

The screen captures released today don’t tell us much, rather showcasing the various characters playing their traditional roles. Joe, the wheelchair-bound cop, is seen making a jump towards the endearingly-stupid Peter (who, of course, is wearing ladies clothes) in one scene, while another depicts Mort, Peter, Quagmire, and Chris outside outside The Drunken Clam, pulling poses that fans of the show will have seen a million times before. 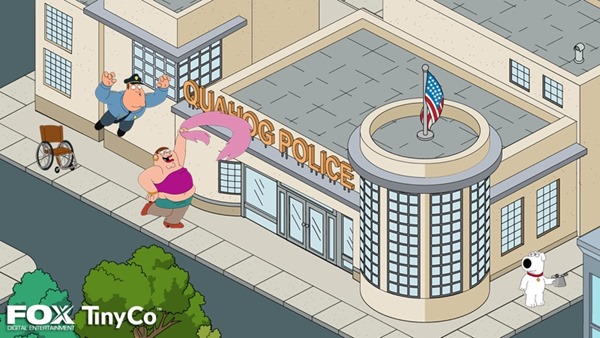 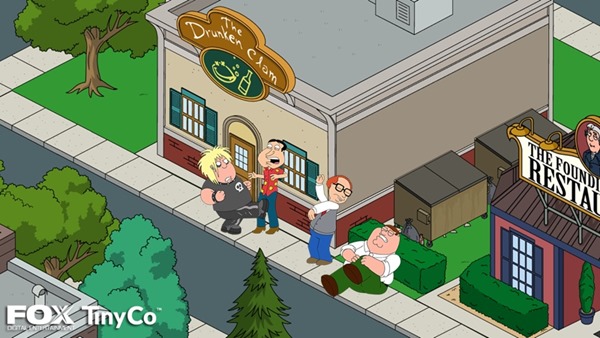 After the publicity stunt that saw Brian Griffin, the family’s dog, ‘die’ in a hit-and-run recently, some have begun to wonder if the show – now in its twelfth series – has lost its way. As a long-time watcher, I think it’s always hard to maintain originality, but the fact that the characters are, on the whole, pretty relatable to folks we know in real life, I think the show – and this spin-off title – have plenty to offer.

The title will drop next month for both iOS and Android, and as soon as it does, we’ll be sure to let you guys know, so stay tuned!