Apple Insider has received information from a “person with proven knowledge of Apple’s future product plans” that Apple will soon be introducing FaceTime/video-chat capable iPads. 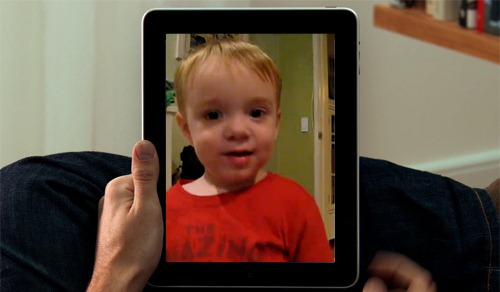 How soon exactly? Well, according to the “person with proven knowledge”, no later than the first quarter of 2011!, and it makes sense cause that is the time when Apple introduced first-gen iPad early this year. The person also claims that there was an ambitious push inside Apple to refresh the launch ahead of the year’s holiday shopping season.

Though the inaugural fleet of iPads has seen surprising momentum that’s kept them out of a supply-and-demand balance since April, their FaceTime-equipped successors are said to be tracking for an introduction no later than the first quarter of next year.

It’s also believed that Apple may striving to embed FaceTime within its entire mobile arsenal before making good on a promissory to open up the standard to the rest of the world, thereby mitigating the market opportunity for rival tablet devices that could incorporate the technology.

Now you know why you never ever buy the 1st-generation version of an Apple product. They always, and I mean always get old faster than they should be!