Facebook is on the modification path once again and are currently in the early stages of rolling out some Timeline based changes that will see profiles adopting a new single-column based Timeline setup. Facebook is hoping that the changes will provide a less cluttered user experience and allow those affected members to not only find and locate their favorite pages a lot more easily, but also promote communication between those they are connected with.

Facebook has been shown to be making a number of user-facing and behind-the-scenes changes to various aspects of the social network recently. Focus seems to have been drawn to how users interact with one another, with the company keen to not only get friends to talk and message more, but also allow easier upload and better visibility of photographs to enhance the social elements of the network. The new streamlined Timeline is yet another example of that focus toward making social content more visible.

Wall posts, interactions with friends and status updates from those we are friends with now all appear on a dedicated left-hand justified column that takes center stage on the website. The increased column size means that something has to lose focus, with the right-hand column that previously showed a timeline of activity now being made smaller as part of the changes. The new design is extremely similar to changes that originally started to roll-out to some users at the back end of last year.

The actual user profile has also benefitted from a number of small changes that all add up to produce a more organized and useable interface. The unsightly thumbnail pictures have been removed from the headers of each profile and replaced with a simple text indication. The less important headers such as ‘Likes’ and ‘Maps’ have been grouped together into one single expandable menu structure that provides a single access point. All-in-all the changes are extremely positive and should make for some very happy Facebookers. 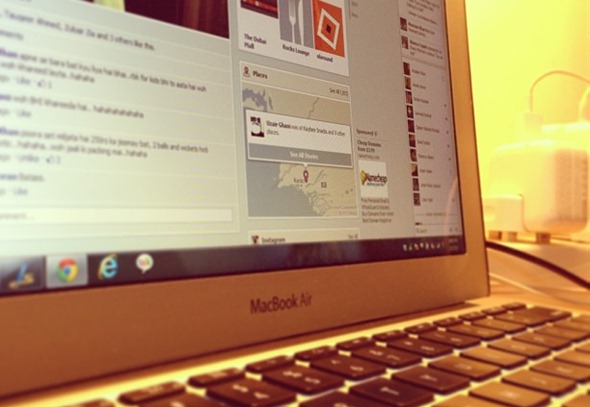 The changes are definitely an improvement to the Facebook user-experience, but it would seem that the company are only rolling the changes out to those members who are based in New Zealand. At least for now anyway. History has shown us in the past that Zuckerberg’s company do enjoy lavishing new changes on those in New Zealand as an initial test bed, but it shouldn’t be too long until users globally start to see the new Timeline improvements.