A few years ago, before the big IPO, Mark Zuckerberg and Facebook were continually – and correctly – lambasted for their decidedly below-par mobile efforts. For a company that had a following then well into the hundreds of millions – now in the billions, of course – Facebook on iOS and Android were a major let down, but in recent times, things have dramatically improved. Facebook has, at times, partaken in the sport of throwing ideas against the wall and seeing what sticks – with varying degrees of success – and now, has launched an all-new dialer app for Android called Hello.

The free app seeks to create a more user-friendly system that allows users to easily block / ignore calls without using third-party utilities, participate in the emerging pastime of Wi-Fi calling, and enjoy improved caller ID that could enhance the forgotten art of real-time voice conversation.

There’s no doubt that we live in the IM Age, and Facebook has been a large promoter of this with its Messenger platform, but having seen the company’s recently-acquired WhatsApp add voice calls to the experience – for iPhone and Android both – it would appear that Zuck and Co. are still very much focused on live, audible chat. 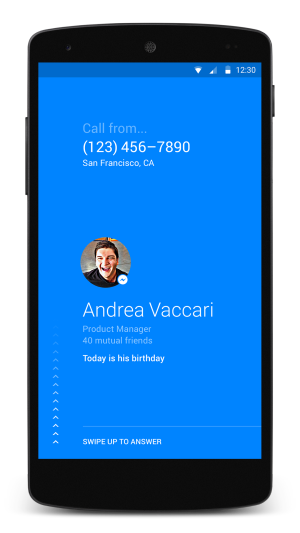 The fact that voice calls are dying out is one thing that cannot be denied, but it’s still a feature that we, as digital consumers, still regularly utilize. Enough so, in fact, that Facebook as brought out a whole new app. 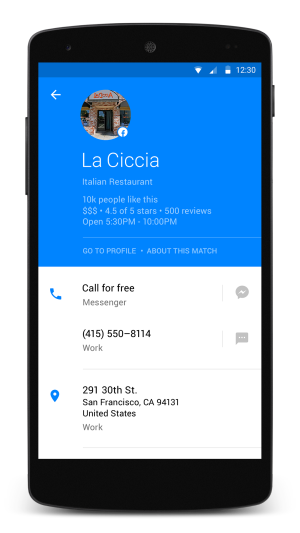 Enter Hello, an app which harnesses the power of Facebook to give clear indications of who’s calling, rather than leaving a user to deal with random, unrecognized numbers and decide – before it rings out – whether it could be important correspondence or pure spam.

Along with caller ID, which also offers blocking features in that unwanted calls can be directed straight to voicemail, the app is also kitted out in compliance with Google’s all-new Material Design, and with an in-built search function, you can readily find the numbers of local business and call them directly. Moreover, if a Facebook user has given authority, the app can also pair a number to a person’s Facebook profile, and when they call you, a bunch of information (including a profile photo and hometown info) will pop up on your display. 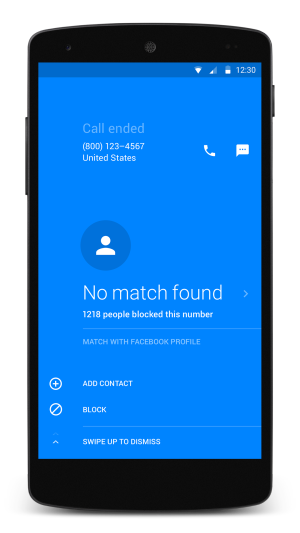 It’s a solid effort from a company still licking its wounds from the marked failure of Facebook Home, although whether it will catch on remains very much to be seen.

Grab it via the link below, and let us know what you think of it in the comments.