It’s an interesting milestone for both Facebook and Google, and one that perhaps has always been on the cards, but Facebook’s Android app now has more active daily users than the same app on iOS does. The news is made slightly more interesting when you remember that the Android version of the Facebook app was only made available in September of 2009 – more than 12 months after its iPhone-based cousin was made available. 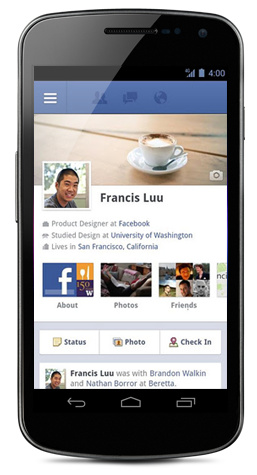 The statistic comes after the AppData tracking service released data showing that the Android Facebook app had 58.3 million daily active users at the last count, compared to the iOS app which had 54.7 million. In all fairness, neither number is one to be sniffed at! 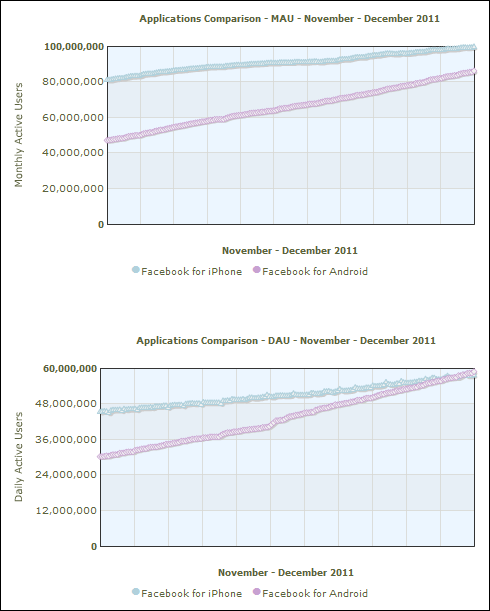 It is a safe bet that now the Android app has overtaken the iPhone one, the gap will continue to grow. Android’s activation numbers are currently at a huge rate, with over half a million devices being activated a day. With the Facebook app finding its way onto so many devices it is hard to see how iOS can keep up. That said, iOS counts will obviously include the iPod touch and iPad, two markets – tablets and personal media devices – that Google’s Android has yet struggled to really get a foothold in.

The fact that Android is now proving to be the primary mobile platform for Facebook users could well see the social network begin to offer the platform more development time, perhaps leaving the iOS app to languish somewhat. Facebook’s recent update to bring their new Timeline to iOS shows that such a situation has not arisen just yet, however.