Many people have attempted to describe Apple’s Face ID technology as a more secure and easier-to-use replacement for Touch ID, and in most circumstances, that is the case. However, some people have been taking to Apple’s forums to let the world know that it seems face ID on iPhone X can’t be used to confirm and authenticate family purchases on other devices.

It wasn’t that long ago that Apple introduced the Ask to Buy functionality in order to give control to parents over their children’s spending habits. The feature allows a child or another individual under adult restrictions, to request permission to make specific purchases through Apple’s ecosystem.

This was put in place to prevent kids from racking up huge bills when downloading apps or making in-app purchases. The idea being that a request would be made, the adult’s device would receive the request and then that individual would approve or deny the purchase.

On Apple’s previous devices, this authentication was possible using Touch ID but that doesn’t seem to be the case where iPhone X and Face ID is concerned. Rather than being able to use Face ID to quickly approve the request, Ars Technica is pointing out that the administrating parent or guardian now has to fully enter the Apple ID and password in order to approve the request. This isn’t exactly the biggest hardship in the world but it does seem a little strange that Apple allows Touch ID to be used but excludes Face ID for one reason or another.

It doesn’t look as though Apple has made any official statement on the subject as yet, which means that we don’t know if this is an oversight that will be rectified, or if Apple is concerned about the security of Face ID in this respect and therefore won’t be making it possible to improve these type of requests using facial detection. 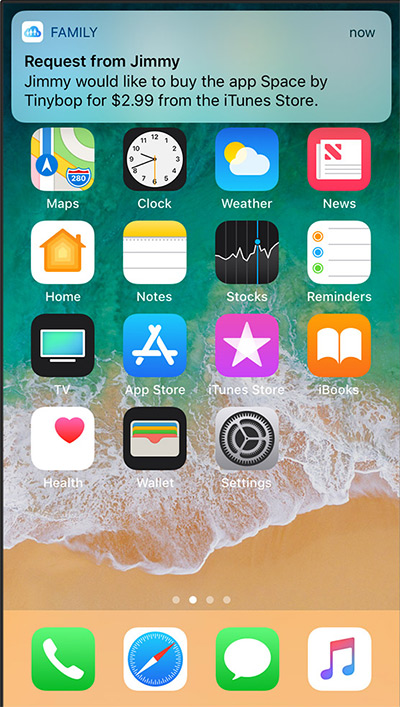 The official support page on the subject does suggest that the feature can be used to verify a user is genuine but doesn’t make any reference to Face ID. It’s not the biggest problem in the world but it does seem a little strange given the importance Apple is placing on Face ID and its power.